You are here: Home / iPad / What’s Wrong with Apple For Indians? 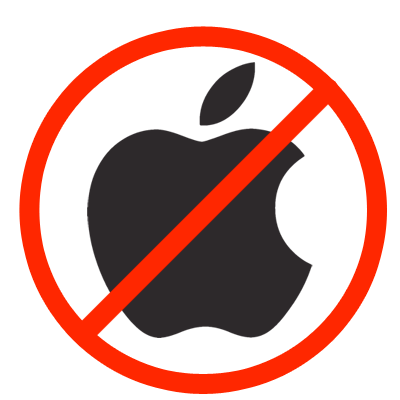 According to the recent market studies and surveys it is clear the Apple is the most recognized brand in the world. Especially in the west, one would hardly find any tech-savvy who doesn’t own at least one, if not all, of the Apple products. Earlier it used to be a cool gadget brand to them but with time it has more become the only gadget brand to them. Hats Off! to Apple for achieving such a feet and also been able to retain its footing for so long.

Samsung, another global leader in the electronics is emerging with full force and is posing the biggest threat, not only to the market share of the Apple products but also to the “Cool-factor” which the latter boasts beautifully. Apple is different to all its other competitors in many ways, be it production policy or marketing or anything. We all know India is a big market for electronics, with a population only next to China which carries a cell-phone. But Apple isn’t doing great in this part of the world while the others are minting money by exploiting this gigantic market. Let’s us the probable reasons for this point wise:-
1) Apple products are the costliest: Indians are known for their money-wise nature. An average middle class person, though might be able to afford Apple’s kitty, will choose to buy a lesser expensive product which shall solve all his/her purposes. They would certainly agree with the aesthetics and the environment of an Apple’s product, and also accept the cost at which these products are launched, but its money which strikes first to the most of them.
2)  Apple doesn’t offer variety: Unlike Samsung, Toshiba, Lenevo etc, Apple product doesn’t come in much variants, in fact close to zero. Indian consumers like options to choose from. Some would prefer bigger screen and the others might prefer dual SIM and likewise. But no such efforts are made by the Apple makers to lure the Indians.
3) Locked environment: Apple products are very locked up. One can hardly modify a thing. You have to rely only on the Apple’s software and hardware to rev your experience. Hardly you get anything free and which means extra burden on each single product you purchase.
4) Media Transfer is not so possible locally: Apple products are extremely powerful when you are connected to internet, and why not. But at times there are situations, especially when you have to transfer a file locally without the help of internet. Now you need Bluetooth, but if you have an Apple, this implies you don’t have BT. This is a situation, isn’t it. Given the fact the Apple products are still quite rare in India, no Bluetooth in your device to communicate with other Bluetooth enabled devices around, is indeed a situation.
5) iTunes factor: iTunes is the only App which enables your device to store songs inside. So first install iTunes in your computer, then transfer all your music in the iTunes. Further sync all the songs which you want in your iPad/iPod/iPhone. Phew! quite a task, ain’t it?  This is hell of a job fairly impossible for the majority of the Indian population which hails from rural or sub-urban belts. So, the majority of the market rejects Apple on the basis of the “jobs” it demands for even the simplest things.
Internet is flooded with queries people, especially first time users, asking issues dealing with iTunes. Things are so much easier, as easy as copy-paste, in other multimedia devices.
6) Lesser support and service provisions in India: This one is quite obvious, since there is not many people buying Apple, the company isn’t caring much about the number of service stations. But this isn’t helping the some hard-core fans of Apple which stay many miles away from the authentic service stations. This is also a factor which discourages many to go for an Apple.