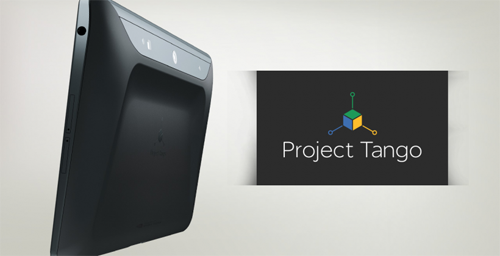 In June, Google had announced its Project Tango Tablet developer kit bundle. Google has promised that the Tablet will start selling by year end. Tango has been listed in Google play store.

Specification:-
Tango will powered by Nvidia Tegra K1-with 192 CUDA cores and will be available in two color variants i.e. White & Black. It will be coupled with 4 GB of RAM and space up with 128 GB of inbuilt memory. Screen will be of 7-inches IPS HD display with a resolution of 1920 * 1200 pixels. To protect it from scratch it will rounded with Corning glass. The battery is of 4960 mAh. It will run on Android Kitkat v4.4.2.

What’s Different:-
It has got integrated cameras and sensor which will help the Tablet to sense the world around it.

Developer:–
This Tablet is intended to be purchased by Developer in order to create Apps. which will help the user to set environment according to their wish.

3D Sensor for Tracking:-
In order to track the position associated with users it will use 3D sensor, accelerometers and gyros.

LG and Google:-
In order to bring its Tango Technology to Tablet Google is working continuously with LG.
Developer are getting optimal time for their creativity in the form of Games and Apps. for Tablets.