You are here: Home / News / Tablet vs Phablet 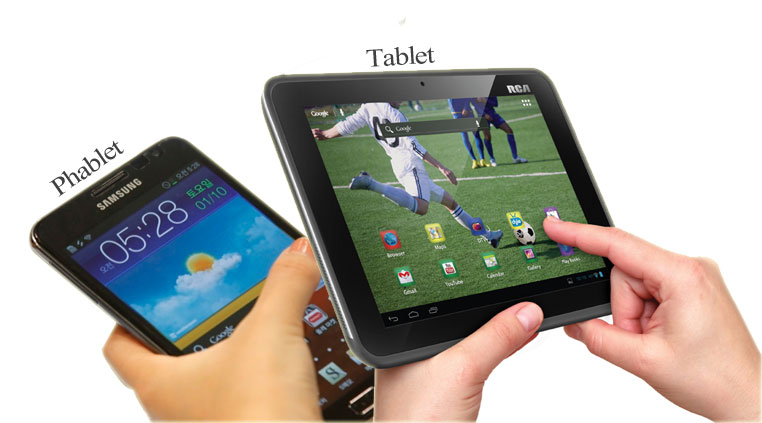 Phablet is a new termed coined in the market, a nick-name given to a smartphone which looks like a tablet pc or vice-versa. The so called phablets primarily( if not only) differentiate themselves from its technological younger and elder brothers in terms of screen size they carry. So far we have seen phablets with the screen size 5-7 inch only and presumably it’s going to be a standard size range. The rationale behind release of anything like this is the desire for a smartphone phone with a bigger screen, yet handy so as to carry around hassle-free.

But still phablets pose not much threat to the Tablet PCs yet. Tablets have their own matchless stature, when it comes to utility. In various corporate structures, educational institutions and professions ( like doctors, architects) where they require books and presentations up and ready all the time; tablets still make to the most favorite resource.

Find some of our observations which differentiates the Phablets from the Tablets, so far:

As a matter of fact, phablets are commercially gaining some acceptance where stylus comes handy. Stylus makes it life-like when it comes to put a signature or simply note down stuffs. Industries like logistics, restaurants and retail can be thought as a few of the targeted niche industries for the phablet makers. With not much to differentiate a phablet yet from a bigger smartphone or a smaller tablet with calling feature, it ends up being a personal choice in the hands of the buyers.