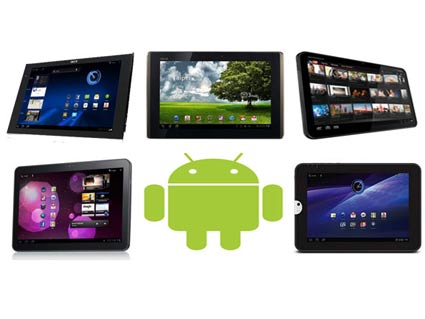 Here is the list of best selling tablet PCs below Rs 10000.  Most of the tablet listed support 3G and with the launch of 4G technology in India now tablet are coming with 4G LTE support and users are prefering 4G over 3G. Advantage of 4G tablet is one can use 3G or 4G sim but with 3G supported tablet one cannot access to 4G support with SIM. Budget category of Tabs is heavily swarmed with all sorts of tablets, giving the consumers a delight and all sorts confusion at the same time. We have tried here to narrow your search to a only few Tabs which we think is really doing well at all the fronts. Take a look at all the Tabs we sorted here for you. We will be pleased and helped, knowing your comment on these…

Let’s face it. Tablets have changed the way we compute. Portable computing has been redefined since the incarnation of iPad, which was touted as the “real” tablet. A tablet of present day can still not replace the functionality of a laptop or even a netbook in terms of multitasking, but who needs that power at disposal of carrying an Intel Core i Series processors which can just chew about anything down, or even to game, when we can play super cool games like Angry Birds for hours like complete idiots with friends.

Tablets are surely the third category of portable computing devices. And we have come up with 15 such budget devices which break the convention that a device has to be expensive to give respectable performance. Not anymore. Even budget tablets are well capable of doing almost the same things an expensive one can do.

Out of the above devices, it was not much hard to put fingers on the better performing tablets than the rest, unlike what we had in choosing the best tablet in under Rs. 20,000.

The screen on all the devices was more or less the same quality, there was not much to judge and almost every screen was just acceptable and did the work. Majority of the tablet has SIM slots with 3G support but few tablets support 4G LTE connectivity like:- Swipe ACE Strike and Penta T-Pad 704Q and has dual sim support with Voice calling enabled and are available at cheaper cost. They run Android Lollipop as operating system.

You can go with any of the tablet mentioned above as per your requirements.