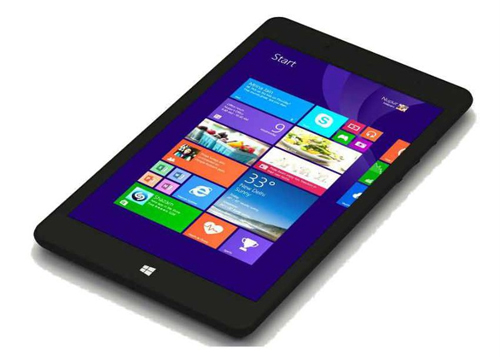 Notion Ink has launched its latest Windows tablet dubbed “Cain 8” at Rs. 9,990. It will be exclusively available on Snapdeal.

Specification:-
It will sport 8-inch WXVGA IPS display with 5-point multi-touch and pack resolution of 1280 * 800 pixels. It will be powered by 1.33 GHz Intel Atom Z3735F processor. Coupled with 1 GB of RAM and in-built memory of 16 GB which can be expandable through microSD card upto 64 GB.

Connectivity:-
It will have 3G connectivity, Wi-Fi, Bluetooth, Mini-HDMI and USB OTG. Camera at both end is of 2 MP i.e. Front and Rear. Battery is of 4000 mAh packs 17 hours of Audio playback and 8 hours of Video support with Intel HD Graphics card . It has single sim slot which can be used for internet calling.

Launching:-
Notion Ink has launched two Tablets in a row. Notion Ink Cain8 and another was 2-in-1 hybrid Tablet that can be used as Tablet-cum-Computer. It has 10.1-inch screen size, running on Windows OS and Intel Atom processor.