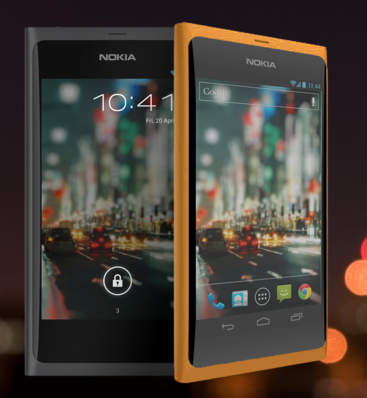 Nokia has announced its first Android Tablet Named Nokia N1. It will hit the shelves in first quarter of 2015, starting from china with brand-licensing agreement. It state that its OEM partner will involve throughout the process i.e. from manufacturing to selling. It will be charged $249 against it.

Microsoft:-
Microsoft has overtake Nokia and it has bypass the restriction imposed by Microsoft to use brand name of Microsoft on Smartphone’s and Tablets.

Specifications:-
On the specification front, it will sport 7.9-inches of IPS LED backlit display surrounded with protective Gorilla Glass 3 and pixel resolution of 2048 * 1536 , and will be powered by 2.3 GHz Intel Atom Z3580 processor coupled with 2 GB of RAM. It will space 32 GB as in-built memory with no expansion via. microSD card. It will be out-of-box with 8 MP Rear Auto-focus camera and front facing camera of 5 MP. It will be available in two color variants i.e. Lava Grey and Aluminum colors.

What’s new?
On the top of the Android L, an interface of predictive Nokia Z launcher has been provided.

Connectivity:-
It includes Wi-Fi connectivity, Bluetooth, Micro USB with reversible type-C connector and jack of 3.5mm for Earpiece. For Audio support, it has been embedded with 0.5 W stereo speakers. Battery is of 5300 mAh to use it for long period.

Upside:-
Nokia is always known for its products worldwide and with the introduction of its first Android Tablet all Tablet Giants have to consider Nokia as its foremost competitors.

Downside:-
Though, Nokia has introduced its first Android Tablet and will be working on it for the first time. But, Market has no space for new Brands. It would be very tough for Nokia N1 to crack the market.