On Monday, International Data Corporation (IDC) has released a data in which Micromax has spotted at second position in tablet market beating apple with a market-share of 14 percent in the second quarter in India.

Micromax is an Indian consumer electronics company headquartered in Gurgaon, Haryana. It started as an IT software company in 2000 and worked on embedded platform. It entered the mobile handset business and become one of the largest Indian domestic mobile handset company operating in low cost feature phone segments by 2010.

Micromax entered the tablet market with the canvas series. In 2014, they surpassed Samsung to become the highest selling Smartphone brand in India.

Samsung has retain its top position in India tablet market, with 19 percent of shipment share. Micromax has succeed to gain second spot with 14 percent beating Apple with 9 percent. The ipad tablet which has been shipped to India in this quarter are ipad mini accounting for 60 percent.

The most famous tablet of all time of Micromax are Funbook Pro, Funbook P255, Funbook Talk and many more.

As per the data recorded by IDC, Tablet market is expanding in present quarter (April-June) of 2014 as compared to the past couple of quarters. The figure of shipment in India remains at 8,60,000 units in second quarter of 2014, when compared to the last quarter it shows a growth of 9 percent. 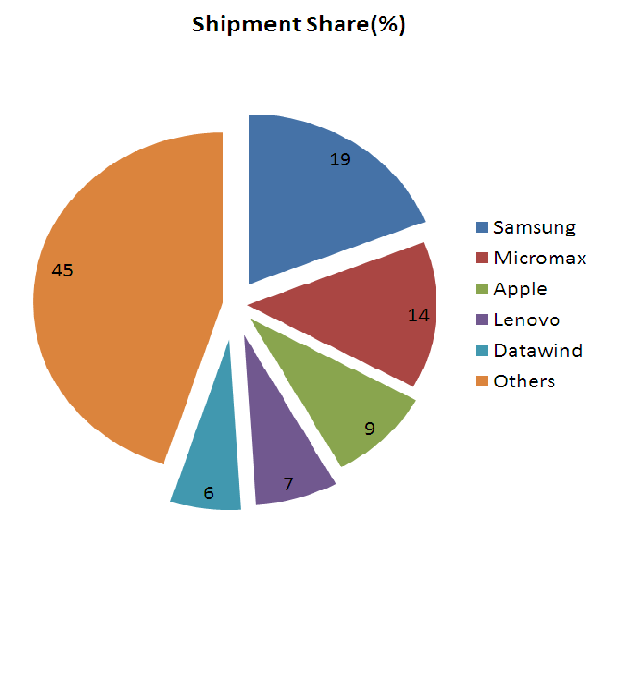 As per the statement of Senior market analyst, IDC India “The recovery was governed by multiple factors. Business sentiments have improved after elections and related term prospects are supposed to remain better too.

With the launch of Firefox OS, it will take a quarter to collect some data. Android continued to be the most preferred operating system but the Window OS is gaining ground too.