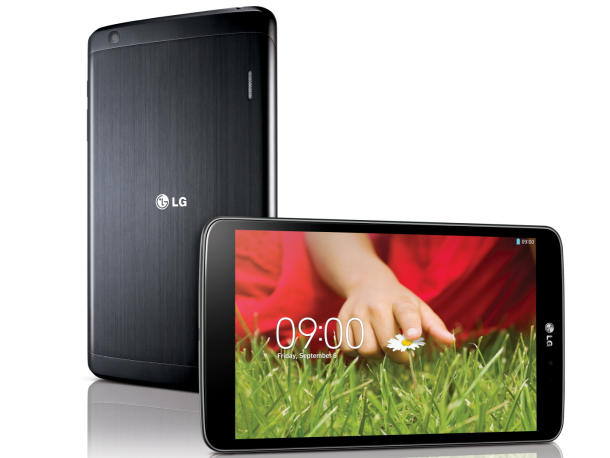 LG took the world by surprise by its plans to launch its 8.3 inches Gpad tablet which it plans to officially launch in IFA 2013 trade show in Berlin.There were rumors in the market that LG is going to launch its tablet once more when a video on YouTube surfaced in which LG people were surveying a lots of people in the market asking them what they want in their tablet.so,this tablet is expected to fulfill all the users problem that they face while handling the tablet and is expected to be very user friendly. LG G  Pad comes with 8.3 inches screen having a WUXGA display having a brilliant resolution of 1920×1200 pixels ensuring that the images you see and the graphics you use will be of a world class clarity.This tab is powered by a 1.7 Ghz quad core snapdragon 600 processor that provides the tab with utmost power and enables the user to do any high end task comfortably.The features in this tab are also very useful for example a feature called slide aside is there which enables users to slide the currently running application to the side enabling the user to perform multiple tasks at the same time.There is also a feature called Knock on which switches the device on or off by tapping twice on the screen.
This tab with rumors to launch has already catches the excitement of the users and it is surely going to give tough competition to brands like Samsung and Apple.