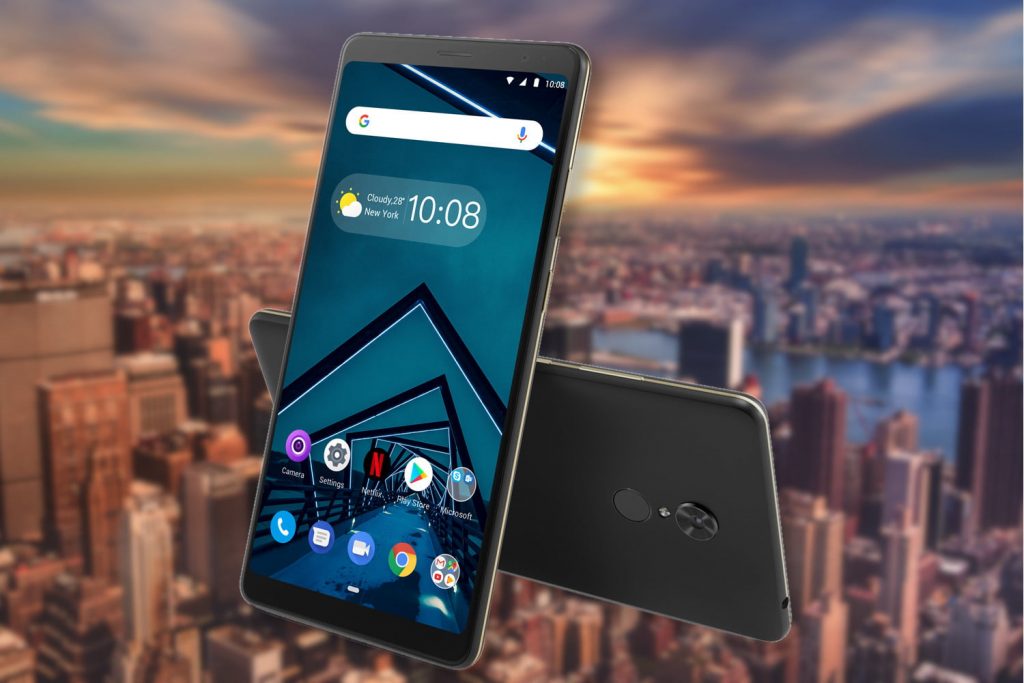 Bigger is better! With a massive 6.95-inch IPS full-HD display running at 2160×1080 pixels with an 18:9 aspect ratio and 81% screen-to-body ratio, Lenovo Tab V7 is your perfect companion for entertainment. Lenovo Tab V7 is ‘Tablet-and-Smartphone-in-One’ that was launched at the Mobile World Congress (MWC) 2019. While many smartphone manufacturers like Samsung and Huawei have revealed their first foldable phone, Lenovo wants to offer a combination of A tablet and a smartphone in a single device. Lenovo Tab v7 runs on Android 9.0 Pie and it is packed with huge 5180 mAh battery all-day-battery.

The Lenovo Tab V7 sports a 6.9-inch FHD+ (1080×2160) IPS LCD with an 18:9 aspect ratio and 81% screen-to-body ratio. It is also packed with Dolby Audio-powered front-facing speakers which lets you listen to your favorite music flawlessly. Lenovo Tab V7featuresa 13-megapixel primary camera at the rear along with a 5-megapixel selfie camera. It also has a fingerprint sensor located right underneath the rear camera of the Lenovo Tab V7 along with facial recognition to unlock the phone.