You are here: Home / iPad / Coming next: The iPad Mini Retina Display

On October 22, Apple finally unveiled the iPad Mini Retina Display along with a host of other products. Although, the iPad Mini’s most recent avatar is not expected to launch until November 21, here are some it’s highlights.

The new iPad boasts of one of the highest screen resolutions in the business right now. At 2048 x 1536, it has one of the highest pixel densities on a small 7.9 inch screen. Armed with a retina display, this baby will have one of the clearest displays ever, beating this year’s Google release of the Nexus 7 updated version.

Also, introducing, would be the A7 processor. Designed and developed by Apple, the A7 is 4x times faster than its predecessor in the iPad Mini, the A5. Also attached to it is a special M7 Motion Co Processer, whose sole purpose is to assist in co-ordinating the signals from the gyroscope and accelerometer and help refine the mobility feature, apart from taking the load off the A7 chip. 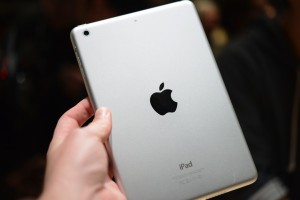 However, in comparison to last years iPad Mini, this one is slightly thicker by .3 mm and slightly bulky too at 331 gm. The focus though, for Apple seems to be on performance and sure enough the A7 and iOS 7 combined, make the iPad Mini Retina, one of the best high end tablets around.

It is available in both Wi-fi and Wi-fi + Cellular models.

The least expensive of them starting at $399 with 16 GB space. 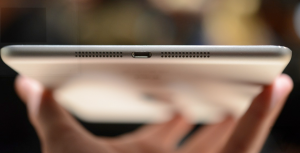 Sources say, that the Apple iPad Mini Retina is not to be expected in International markets till about 21 November and Indian Apple fans might even have to wait till Christmas to get their hands on this newest offering. Rumors also have it, that Apple just cannot cope with the overwhelming demand that is expected with the launch and a shortage of Retina displays is likely to push the release date back even further. LG, Sharp and Samsung, who are all makers of high end displays for Apple are keeping quiet on the issue.

But whatever the case may be. The iPad Mini 2 will be one to look out for. Do let us know what you think of it or if you’d like to know more about the latest developments.