The Note series by Samsung has been a hit. Be it a smartphone or a tablet. And there is a reason to why these devices are better and much liked. The 10.1 inch SIM supporting Note 800 is a proud member of that family.

Launched at a price of Rs 39,990 in last year August, it is available for Rs 35,190 now since Samsung announced a rate slash across all tablets and smartphones this year.

A high end performance device that gives you the best that technology has to offer, the Note 800 has boasts of a number of special features. Prime among them is the Stylus pen, that has attracted a large number of people to buy Samsung products. Simply, because people are more comfortable doing tedious tasks like writing notes or drawing with the help of a handheld pen rather than use the tip of their features.

Apart from that, a big draw among users is the Multiscreen feature which allows you to split the screen so as to view and operate two apps simultaneously. So you could be browsing the net on one hand and taking down notes on the other half of the screen. A truly revolutionary feature.

Shape match is also something that has caught the attention of many people, since drawing a perfect circle is not possible for everyone. People, can just draw a rough outline of any shape, including triangles or even stars and the tablet does the rest for you. A similar feature is the formula match, that completes known maths formula’s for you as you type.

The list of great features goes on in the form of the All Share Cast which allows you to beam your video or screen onto a projector or TV screen as you use it. This makes even playing games on a TV with the tablet as your controller not much of a problem. 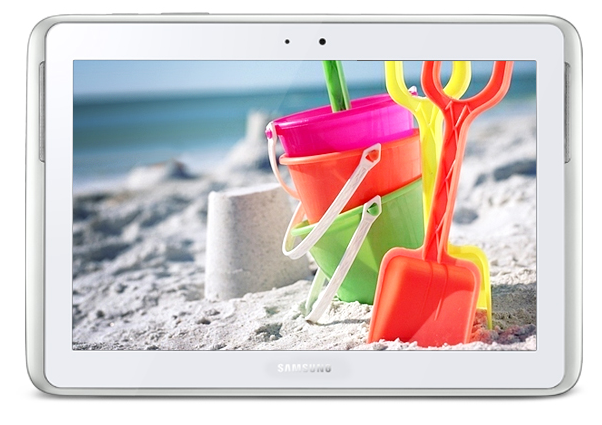 So once, you know of these features, you know what to expect from this which operates on a Quad Core Exynos 4412 processor with 1.4 GHz processing speed. Sheer, awesomeness on a 10.1 inch screen. For if you pay closer attention, it seems worth every penny. 1280 x 800 resolution. 5 Mega pixel rear camera with LED flash. A 7000 mAh battery that won’t disappoint you for atleast 8-9 hours of usage.

So I ask, who is this tablet really for. Well, it is for Business professionals who need a portable workstation. It is for gamers, for artists and for anyone who needs a lot of functionality from his/her tablet with quality performance.

One of the few disappointments is the Android v4.0 ICS. You would have expected Jelly Bean in this tablet since Samsung was one of the early acquirers of the version.

So apart from that is the price tag worth it? I say definitely. A great from factor available in both Metallic Grey and White colors and the above mentioned features. Unbeatable.

What do you think? Got something to say or ask. Drop in a comment and let me know.