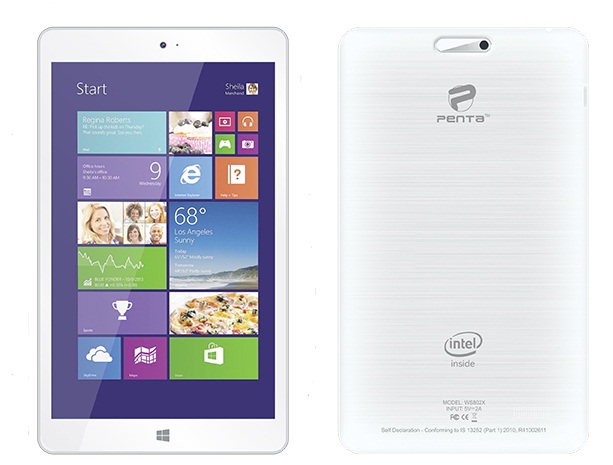 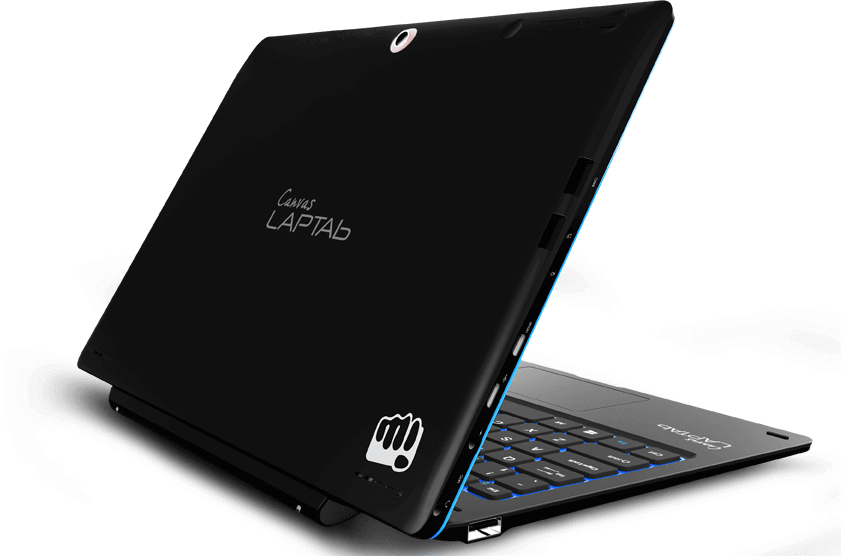 Micromax has started to penetrate in Convertible device market with its new 2-in-1 device i.e. Canvas Laptab LT777. After its benchmark Hybrid device named Canvas Laptab LT666, it has expanded its Tablet-cum-laptop family member. Tablet has been exclusively launched with Amazon India, following the predecessor.

Highlight of the device is its pricing which is just Rs. 17,999 and runs latest Windows 10 .

Specification:-
Tablet runs latest Windows OS and features 11.6-inch WXGA IPS multi-touch display with pixel resolution of 1366 * 768. It has been powered by Intel Atom Z3735F Quadcore processor clocked at 1.33 GHz and coupled with 2 GB of RAM. It has single SIM slot supporting 3G. When compared of its inbuilt storage, it has 32 GB space which can be expanded via. microSD card upto 64 GB.

Connectivity:-
Connectivity includes Wi-Fi, Bluetooth, 3G and USB connectivity. It has got camera at both end of 2 MP which can be used for internet calling. Backed by 9000 mAh battery which is rated to deliver 8-10 hours of usage time. It weights 1.5 kg approx along with keyboard and comes in Black color.

Predecessor of Laptab series was Canvas Laptab LT666 which was running Windows 8 and can be upgraded to Windows 10. Having Single SIM slot and powered by Intel Atom processor featuring 10.1-inch widescreen. It costs Rs. 14,999 and can be purchased from Amazon.

Both the convertible support Sim slots and had been exclusively available at Amazon India. While, when compared to price segment both the Laptab are available under Rs. 20,000 till now.

iBall has expanded its Slide series with its new Windows Tablet dubbed WQ77. Tablet has officially released with price tag of Rs. 9,999 but it can be purchased from Flipkart for just Rs. 6,999.

iBall Slide WQ77 runs Windows 8.1 out-of-the-box and can be upgraded to Windows 10 after its launch. Although, offering does not end here, it comes with 1-year free subscription to Microsoft Office and 1 TB of Cloud storage. If you grab the tablet now, flipkart has bundled free Teewe HDMI media streaming dongle worth Rs. 2,399.

Specification:-
Specification features, 7.85-inch IPS display with pixel resolution of 1024*768. It has been powered by Intel Atom Z3735G quad core processor clocked at 1.83 GHz coupled with 1 GB of RAM. ROM is of 8 GB which has been backed by 64 GB microSD card expansion.

Connectivity:-
Connectivity includes Wi-Fi, Bluetooth, USB with OTG functionality. It has sporting camera of 5 MP at back and 2 MP front facing camera. Battery is of 4000 mAh which is rated to perform 16 hours of audio playback or 5 hours of video support with just single charge.

iBall has launched cheapest Windows tablet dubbed Slide i701. It can be purchase through retail store and e-commerce website. iBall has recently launched a series of Windows and Android Tablet.

It is the  “World’s Economical Windows Tablet”.

Specification:-
Tablet roll out with 7-inch HD IPS display, powered by Intel Atom processor coupled with 1 GB of RAM. It packs 16 GB of inbuilt storage which can be expanded via. microSD card with support upto 32 GB. Windows 8.1 is the OS platform loaded with Microsoft Office subscription and 1 TB of Cloud storage.

Connectivity:-
Connectivity includes Wi-Fi, Bluetooth, Dongle Support, HDMI port and USB resembling OTG functionality. Loaded with camera at both end. Rear camera is of 2 MP with flash and 0.3 MP camera at front. Battery is of 3200 mAh.

It include free package of HDMI cable and three interchangeable protective cover. While, Brand ambassador Kareena Kapoor autograph on back of the tablet making it unique. 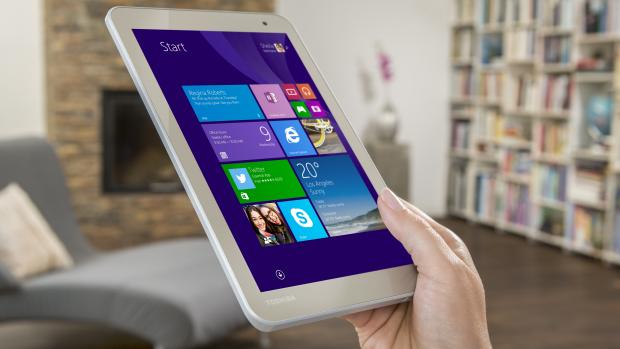 Toshiba has launched its tablet in India dubbed WT8-B. It had landed in store and is exclusively available with Amazon India. It will be running on Windows 8.1 with price tag of Rs 15,490.

What’s Special:-
It has been loaded with one year free subscription to Office 365 personal and comes with lots of preloaded apps like- Amazon, Xbox, Skype and the likes.

Specifications:-
Speaking of specifications, it will feature 8-inch WXGA multi-touch display with a pixel resolution of 1280 * 800 followed by 1.33-GHz Intel Atom Z3735G quad-core processor coupled with 1 GB of RAM. It packs 32 GB as internal storage which can be expanded upto 128 GB via. microSDXC card. Battery is of 3788 mAh which supports 11.1-hours of usage time. It is available in Satin Gold color variant only.

The WT8-B does not have Sim slot and does not support calling features. Although, the tablet has good storage capacity. Camera is also quite good. The price quoted against the Tablet is quite high but the users who loves Windows can go with WT8-B.