The BSNL Penta WS703C has everything you could ask for at Rs 6,999. 3G support. 2G calling. Yet, it doesn’t seem to be anything special. Why? END_OF_DOCUMENT_TOKEN_TO_BE_REPLACED

BSNL Penta WS 708C, brings a very affordable option for those out there looking for a genuine Tablet PC which also enables them to make voice calls over the numerous telecom networks. Needless to say that the fight is tight in the budget tablet segment. So, all the manufacturers in the business are trying to put their bests forward, with nothing short of compelling and competitive prices.

BSNL Penta WS 708c runs on Android’s latest version OS i.e. Jelly Bean. It houses an optimum processor and RAM to give an effortless functioning of the device. The dual camera works as good as any contemporary Tab in this price range. Voice calling is impeccable and one can not expect any better quality. This tablet pc is a big bang on the buck if you are looking for a calling tab with all sort of other usual functionalities tied to tablet pc.

Following is a table for you to have a vivid idea about this Tab before you made up your mind to buy this one:- 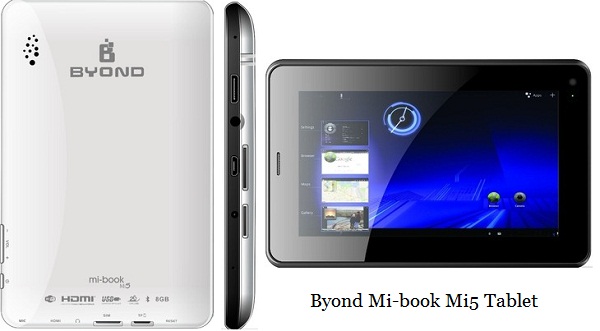 Featuring a 7 inch screen, Mi 5 tablet from Byond is another Mi series tablet that gives you voice calling facility. Lets take a look at what else does this budget tab bring for us. END_OF_DOCUMENT_TOKEN_TO_BE_REPLACED

With the phenomenal increase in the number of Tablet PCs all over, people now have even started pushing their budgets to buy a better Tablet PC that also includes SIM-calling facility. Earlier buying tablets below Rs 10000 was on top of the trends in the masses even though most of them do not come with SIM card.  The OEMs (Original equipment manufacturers) have finally figured out this missing knot and are now bracing up to flood the tablets tied along with these sought features. Indeed this results in some more investments at all the fronts. With the insight of consumers being ready to digest this for some more essential additions into the tablets, a storm of Tablets falling in this range is all set to hit the market.

On the basis of updates & reviews we have listed the best tablets under 15000 with calling facilities as there is no convertible added. But, it is expected that at the end of the 2015 this table would be joined by some hybrid tablets running Android as Operating System.

Some of the worth noticing Tablets from the whole lot in this series, are mentioned below:

If your focus of attention is Camera then you can refer iBall Slide Stellar A2 TAB which has been embedded with 8 MP rear and front camera and supports voice calling.

One has many choices to his or her delight in this price segment. All tablets have one or the other feature better than the other, so it largely depends on the personal need and bliss, which one to go for. Indeed manufacturers are facing a tough competition here so buyers can expect nothing but quality products at competitive prices. 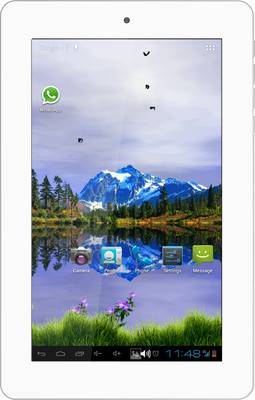 Byond’s new Mi-book  Tablet is a new Android Tablet in the shops supporting the successful 4.0.4 Ice Cream Sandwich(ICS) version. The tablet comes at a very attractive price of Rs 10,499 in most of the online/offline shops. It is seen as a value for money tablet. It has got dual speakers for amplified sound and also dual cameras ie, front and rear, which adds an advantage always. This tablet comes with fair enough 3200 mAh lithium ion battery to power itsel. With a good 1.2 GHz and 512 MB DDR III, the tablet goes galloping on Apps. Various other features you should know before you think of this Tab:

With additional features like support to regional language and large set of dongle support, this tablet has a good chance of attracting customers.

Compare other Byond tablets and also have a look into the its arch rivals. Buy it from Flipkart. 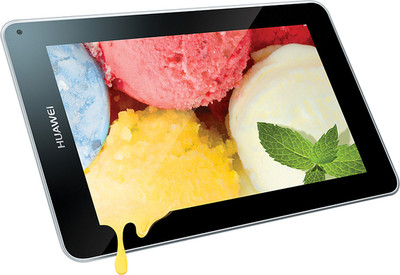