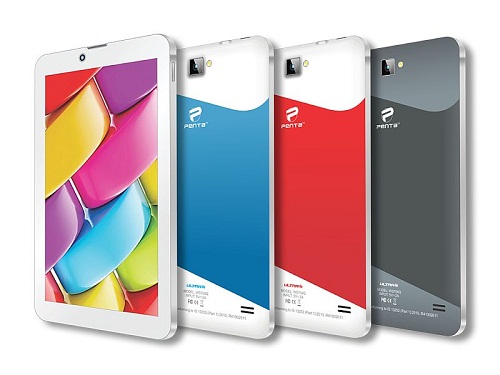 Pantel Technologies has launched their first 4G tablet dubbed Penta T-Pad 704Q4G Ultra 4G. It has been exclusively launched with HomeShop 18. As 4G technology has been launched in India. More and more tab are releasing with 4G feature.

Highlight features of this tablet is its price i.e. just only Rs. 6999, Dual Sim support with 4G LTE connectivity on one sim while the other supporting 3G / 2G.

Specification:-
Specification features 7-inch IPS display with pixel resolution of 1024 * 600. Tablet rolls out-of-the-box running Android Lollipop v5.1. It has been powered by Quadcore processor clocked at 1.3 GHz coupled with 1 GB of RAM. Tablet has been backed by 8 GB inbuilt storage which can be expanded via. microSD card upto 32 GB. 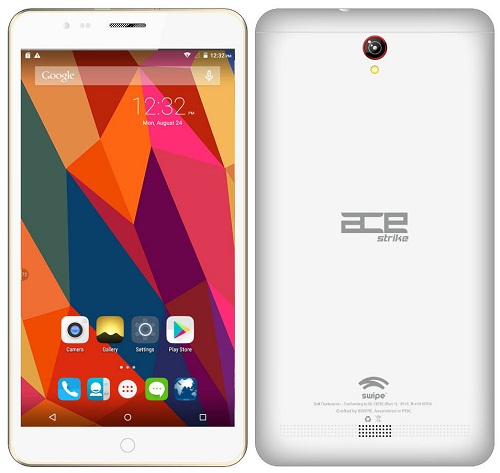 Swipe has launched its latest tablet named Ace Strike. Tablet comes with price tag of Rs. 6,999 and has been exclusively launched with Snapdeal. Swipe has been consistent in launching low budget android tabs but with Ace Strike it had set it apart from its competitors.

Swipe Ace Strike features Voice Calling, Dual SIM and 4G LTE support. It would be first tablet to file its name under the category of 4G tablets under Rs. 10,000.

Specification:-
Specification features, 6.98-inch IPS display with pixel resolution of 1024 * 600. It runs Android Lollipop v5.1 out-of-the-box with no wording on its upgradation to MarshMallow Android version. It has been powered by 1.3 GHz quadcore 64-bit processor coupled with 2 GB RAM. Tablet has been backed by 16 GB of inbuilt storage which can be expanded via. microSD card upto 32 GB.

Galaxy Tab A:-
Galaxy Tab A runs Android Lollipop v5.0 out-of-the-box. It has got standard screen of 8-inches with pixel resolution of 1024 * 768. It has been powered by 1.2 GHz Qualcomm Snapdragon 410 Quad core processor coupled with 2 GB of RAM. Tablet packs 16 GB of inbuilt storage which can be expanded via. microSD card upto 128 GB.

Tablet has got 4G LTE support, voice calling and comes with 2 GB of 4G data from Bharti Airtel for first two month. Also it has been launched with two color variant i.e. Smoky Titanium and White. Tablet weights 320 grams and measure 208.4*137.9*7.5 mm in dimension. 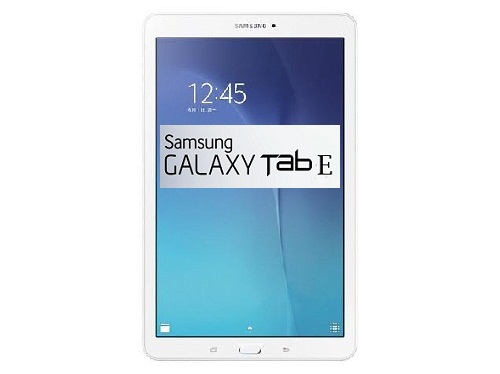 Tablet supports voice calling & 3G and has been bundled with 2 GB 3G data from Vodafone for first two month (Postpaid) while the prepaid uses will get additional 1 GB 3G data when purchase 1 GB 3G plan for the first two month. Galaxy Tab E can be purchased only via. Flipkart.

Huawei has just launched its latest Android tablet dubbed MediaPad M2. Tablet has been priced $400 and has landed the shelves in France. It is expected that tablet will be released worldwide in month of June.

Out of the box it comes in silver. While, it is the only option for the customers to choose from.

Specification:-
Mediapad M2 runs Android Lollipop v5.0 with EMUI 3.0 user interface. It has been powered by Octacore HiSilicon Kirin 930 processor clocked at 2 GHz & coupled with 2 GB of RAM. It packs 16 GB space as inbuilt storage which can be expanded via. microSD card upto 32 GB.

Connectivity:-
Connectivity include 4G LTE, Wi-Fi, Bluetooth, microUSB and GPS. It has SIM slot which supports voice calling. It packs 8 MP rear camera with auto-focus LED flash & 2 MP camera at front. Battery is of 4800 mAh with no wording on its performance.

iBall has launched another voice calling tablet dubbed Slide 3G Q45. It had been another tablet in a row by iBall and both the tablet comes with voice calling facility. It had been listed on official website with asking price of Rs.6,599 but without any availability details.

If you are wishing to buy this tablet, it can be purchased from Ebay at discounted price of Rs.5,327.
Specification:-
Tablet comes out with Android Kikat v4.4 OS and feature 7-inch display with pixel resolution of 1024*600. It has been powered by ARM Cortex A7 quad core processor clocked at 1.2 GHz & coupled with 512 MB RAM. It packs 8 GB inbuilt storage which can be expanded via. microSD card upto 32 GB. You can enjoy FM over the tablet without earphone. Tablet has a single Sim slot which supports voice calling via. built-in earpiece.

Connectivity:-
You can enjoy Wi-Fi, USB OTG, Bluetooth and microUSB connectivity package. It has been embedded with 2 MP rear camera with LED flash and front facing camera of 0.3 MP. Battery is of 2500 mAh.

LG has introduced its 3G variant of G Pad in India market. It has been listed on company official website with price tag of Rs.21,000 but there is no word on its availability.

Snapdeal has introduced its Wi-Fi variant for sale last month at Rs.17,999. Though, the tablet was globally launched in two models i.e. Wi-Fi and LTE. But, keeping in context to India market, it has introduced another variant which has been powered with 3G and Wi-Fi support.

With the help of Qpair user can connect their Smartphone using Bluetooth to tablet to answer phone calls, getting notification and can send text message directly from their LG tablet.

It also include, 8-inch WXGA IPS display with pixel resolution of 1280 * 800. It has got Qualcomm Snapdragon quad-core processor clocked at 1.2 GHz and coupled with 1 GB of RAM. It packs 16 GB space as inbuilt storage which can be expanded by microSD card upto 32 GB. It has got micro SIM slot which can be used for internet calling with 3G support. It runs on Android Kikat v4.4.

Connectivity:-
It has got dual camera i.e. 5 MP rear camera with auto led flash and comes with Geotagging. While, it has been backed by 1.3 MP camera at front. It has got 3G support, Sim slot, Wi-Fi, Bluetooth and microUSB.