Without any much ado, Amazon braces up to launch its envious e-Readers namely, the Kindle Fire HD range( 7 inch and 8.9 inch variants) and the Kindle Paperwhite, in a bid to secure a safe spot in the flooding Tablet PC market being observed in India these days. Amazon.in, which has been very recently launched in India, is naturally taking the responsibility to showcase these tabs online. But you can also find Amazon Kindle Tabs offline, docked in stores like Croma, Reliance Digital, E-store and Vijay sales stores.

According to the company sources, the Kindle Fire HD- the 7 inch and the 8.9 inch models will be available for purchase from June 27 onwards on their native website i.e, Amazon.in. The prices will be fixed to Rs 15,999 and Rs 21,999 for the 7 inch and 8.9 inch variants respectively. Sooner these are also scripted to be launched on the other online-offline partners of Amazon for Kindle range.

Kindle Paperwhite, the 5th generation, release is not yet scheduled. Having said that, it shall also be made available before long, said the company officials. The price for Kindle Paperwhite is expected to hover somewhere around Rs 11,000.

Buy it online from Amazon.in

After Aakash, HCL, Micromax and a few more academic knowledge oriented Tabs, we have a fresh entry made by the ‘iTopper’ Tab. No, it has nothing to with Apple, instead it is a Tablet PC coming out from the house of an IT start up company, called the ‘AppThoughtz”.

At the launch, we spotted Mr.Vijay Kallepalli, MD of AppThoughtz, speaking a lot about their new Tablet PC. He said that the iTopper bundles up within all the famous publishers’ relevant course books and at the same time also hosts a lot of self generated tests, using which a student can not just learn correctly but also keep on assessing his or her understanding. With this iTopper Tabs, the makers believe students will be better prepared to take any real test in their schools or for their future colleges.

The AppThoughtz is a Hyderabad based company and is really motivated to bring technologies to meet a student’s need by giving their best. According to the officials, iTopper is just one of the endeavors of the many in their basket, which shall be rolled out timely to develop the academics and teaching curriculum in India.

Now, we should also know that this Tablet will be priced around Rs 10,000.

No other word is out yet about the iTopper, but we guarantee to publish it here, no sooner the company wants us to know. So stay connected & stay updated.

Most of us knew about the Samsung Tab 3 slated to be launched in June,13. We even had the news of the 7-inch Samsung Tab 3, awaiting its release. But, now it’s even more for us to know. There is also going to two more variants under the Tab 3 series name, reportedly an 8 inch and a 10.1 inch. So, all together, officially, we have 3 variants of Samsung Tab 3 and needless to say a perfect collection which shall attract all kinds.

The 7 inch Tab is the most sold size, by far and large. But some, like me, always want a little more viewing surface. For our kinds, 8 inch Tabs suits the best as they are large, yet not at all ergonomically challenged and fits well in our not so small hands. A 10.1-inch is a must for those who look for a delightful e-book reading experience and prefer it large all the time.

So, what do we have in these pipelined variants? To find out, let’s have a quick look through the table formed below:-

There is no word on the prices on these Tabs yet. But you can get connected with us to receive any update on this. Get the latest news and the best offers in the Tablet PC world, all by saying Facebook that you like us. Hit Like!! 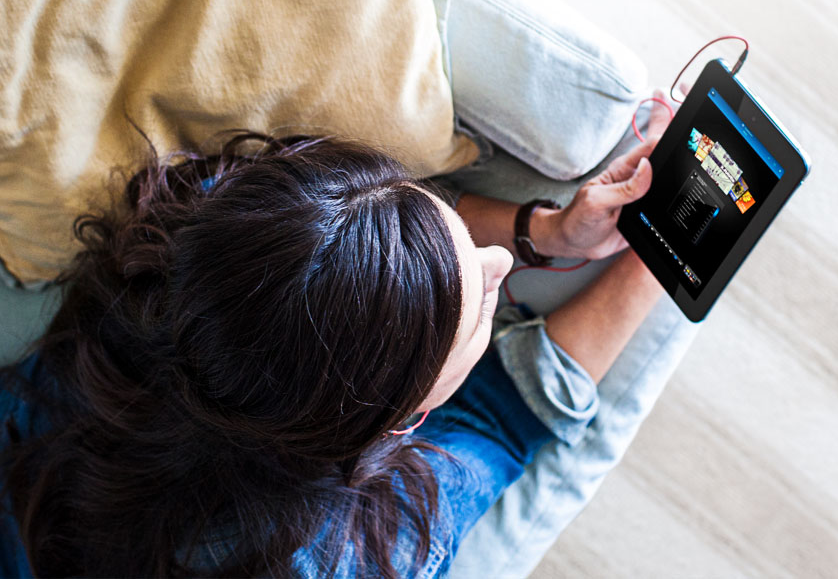 With the Slate 7, HP seems to be ready to drop a bomb in the budget tablet segment in India. A device from a top manufacturer that could be less than Rs 10,000 tag? Unbelievable. END_OF_DOCUMENT_TOKEN_TO_BE_REPLACED

Rumors of Foxconn launching Firefox OS Tablets tomorrow, has suddenly swarmed the Internet. Foxconn is believed to be working on similar project since long now so, even if you see a Firefox OS Tab released tomorrow, don’t get dizzy.

Hon Hai Precision has invited the media on 3rd June, which is tomorrow, alluring them with a big revelation of a long awaited product. Since two of the Firefox phones, namely the Peak and the Keon are already out yonder, we believe there nothing but the due Firefox Tablet PC to be unveiled tomorrow.

These Firefox Tabs are expected to revolutionized the cloud computing understanding and will work heavily with the Internet connections, so it will be good to have a constant internet(why not?) in your Tab to utilize the Tab’s features to the fullest.

With this OS which has this internet connectivity constrain, but amazing features and flexibility to overpower the small constraint, Mozilla feels they can be able to benefit both – the Firefox Tab users and the mobile phone network service providers. The Mozilla is already in agreement with the world’s 18 major network providers to customize the OS aptly, and is also always open for rest to join the party.

Having said that, all will be clear only tomorrow, after the media meets the Hon Hai Precision officials. Let’s hope we have the Tablets released tomorrow, if not anything better. Come to think about it, there is going to be a smothering competition for Firefox in the Android dominated Tablet PC market which is only expected to see a few more heavy-weight launches this month and many to follow, later this year.

You can’t wish for more. Wishtel is all set to bring the best of both the worlds, the high quality Tablet PCs and affordable high speed INTERNET connectivity. In pursuit of this feat, this Mumbai based company, Wishtel shakes hands with one of the leading and most reliable network service provider in India, the BSNL.

It is now confirmed that Wishtel is about to launch a whole array of IRA Calling Tabs which will feature BSNL SIMS within. According to the Wishtel officials, there will be a bevy of new models coming up with all kinds of screen sizes.

The makers have confirmed launching 7 thousand such pieces in Rajasthan first. The launch is due on 7th June,13. Further they have 5 thousand pieces each for Maharashtra, Gujarat and Kerela.

The launch of BSNL packed IRA Tablet PCs is not yet scheduled in Pune. But it will be held any-day before 20th June, 2013.

With Pental sweeping the market off with the power of BSNL support in the past. We can be a lot sure to see a repeat telecast of the same, but with the Wishtel-BSNL product line this time..

Visit Wishtel’s website to have a look at ablet PC range avaialable with them.

Will update with more shortly…