Any Moto Phones can be unlocked with this FRP tool. 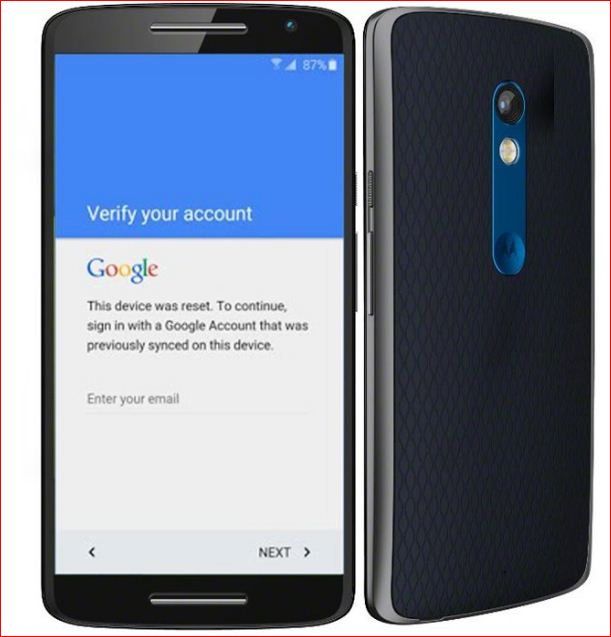 As Moto G4 Plus phones had received further updates which can’t be unlocked.

Solutions are available but it requires Flashing Software Boxes.

Now, we had come with a tool which can be used to Unlock any patch either it be June, July, August or September in any Moto phones.

Looking for the list of 4G Tablets launched in India.

Now a Days, Most of the Brands in India are concentrating on Smartphone segment.

Most selling Brands of Snartphones like Oppo, Vivo & Xiaomi are quite busy in smartphone segment. 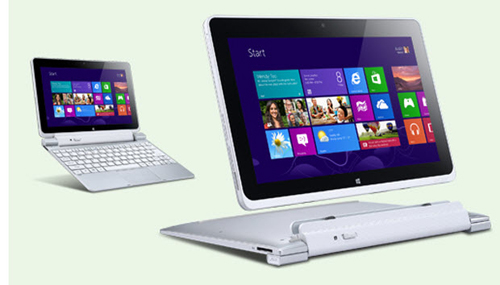 Hybrid Tablet has set its ground Globally. It has been globally accepted by the users as it can be convertible to 2-in-1 device i.e. Tablet-cum-computer. Now-a-days companies are concentrating on its Hybrid Tablet because it serve the need of Tablet along with laptops.

Much more technologies trends has been practiced by companies to implement and set it apart from its competitors.

Though, Black Friday is all set to come and the people will start to Celebrate. Celebration comes with satisfying your near-and-dear ones which will lead you to shopping. Here, we are listing Best Hybrid Tablet of this Year end.

Get connected for latest update on new Hybrid Tablets. 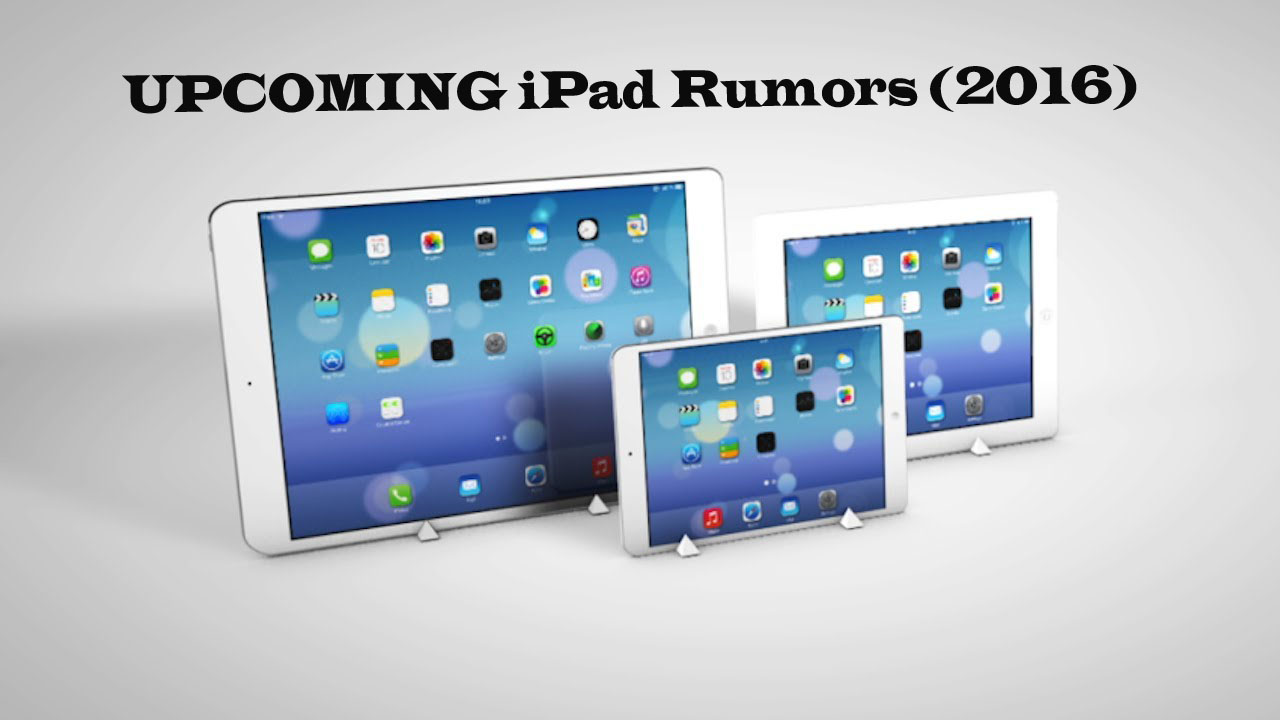 What do you expect of the new iPad?

When will the new iPad come out? And what new features should we expect from Apple’s next iPad?

There have lots of speculation regarding the new iPad – its size, product line whether Apple launches a new iPad air 3 or the new Pro series.

With the launch of iPhone 7, it is likely that Apple will take some more time to launch the new iPad so as to keep the customers occupied and excited throughout the year. For now, Christmas or next Spring (Upcoming iPad) might be the probable time to launch.

The consumers might have some big expectations from the new iPad as the reactions to the iPhone 7 has not been very positive. Social media has been trolling iPhone 7’s launch over the past week with the fact that true innovation has been lacking and the upgrade serves little purpose.

Processor: Things are definitely going to get faster and smoother. with the A10 chipset already in the market with iPhone 7 and 7 plus, it is expected that the new iPad will be launched with A10 processor.
It is considered to be 3X faster than the previous A9 processor which powered the iPhone 6 and 6s along with the 9.7 inches iPad Pro.

Graphics processing is expected to be twice more powerful.

3D Touch: 3D Touch is multitouch made multidimensional. With it you can press deeply to launch actions instead of apps, reply to notifications, preview messages and links, switch keyboards, switch apps, animate Live Photos, vary stroke width, and more. It’s like a wormhole through iOS that lets you move around faster than ever. And with iOS 10, 3D Touch lets you do more than ever. We expect 3D touch to work seamlessly with the new iPad.

Size: With two variants of iPhone 7 in the market, the bigger of the two with a 5.5 inch display, it is expected that the new iPad will probably feature a 9.7 inches display, that too with the Pro segment of iPad. It is unlikely that Apple will roll out an iPad mini device albeit allow youselves to be surprised by Apple.

Virtual Keyboard: This very feature which allows the user to use any surface as a keyboard by projecting the keyboard is in the wishlist and apple would definitely consider this as a great feature which can be marketed upon. No other brand in the android or windows eco-system has any product in near future which has claims for this feature so far.

Apple Pencil compatibility: The 12.9 inches and 9.7 inches iPad Pro is the only tablet that is compatible with the Apple Pencil. We expect that the new iPad will definitely support Apple Pencil, since it is the best stylus in the market and it promises higher productivity. Apple might provide the support to other tablets in the Air segment via iOS 10 update to those devices.

Design: The new iPad is expected to be encased similar to the latest iPad 9.7 inches in 7000 series aluminium body and available in four colors- Silver, Gold, Space Grey and Rose Gold.

Display: The display quality set by iPads apart from the iPad Air products have been at 264 ppi but this should definitely go higher and deliver even sharper images with atleast 330 ppi.

Camera: Of course an improved camera would be great, but we wouldn’t consider it as something on a priority, since the iPad is used less for its camera than Apple’s smartphones (less, although tablet camera use is growing all the time), and it’s got pretty good anyway. A smartphone needs a great camera; a tablet manages through with at par ones.

Face recognition: Stuff like Retina scan have been realised in the market and perhaps face recognition may seem obsolete. With the TouchId being so reliable, it is unlikely Apple would take any chances with the security part.

Apple Pay: Apple Pay currently doesnt allow full support for easy online payment. It is only supported app based and online versions of Apple Pay. With better integration of NFC, it is very likely that Apple Pay will take roll and provide seamless payment services for day to day cashless shopping.

Live Multi tasking: “The fact that you cannot use multiple applications at the same time is a little annoying,” said Product Reviews when discussing potential new features for the iPad Air 2, “and it would definitely be a great feature if Apple could add it in.

Samsung has done well with live multi tasking and support for other android devices has been growing; thanks to the community developing third party apps like xWindow or floatWindow.

Battery: Apple has been working on improving battery life. In the new iPad, however, we might not expect a higher battery life but we do expect it to last as long as the previous iPad. The point worth mentioning here is that the new iPad is going to be slimmer and hence reducing battery space. This is where the innovation goes in making more efficient batteries.

Price: The pricing of the iPhone 7 reveals that Apple is making it more competitive in the market. The new iPhone costs similar to what iPhone 6 was during its launch last year. So, we expect the iPads (Wi-Fi only) will follow the trend with its 32GB versions in the range $599 to $649. Memory upgrade should cost you an additional $100 for 128 GB model and further $100 for 256 GB.

So, are you excited about the launch of the new iPad? Stay tuned and we will bring you the latest developments on this story.

Asus has partner with Intel for its upcoming ZenPad Tablet. It is expected to get announced at Computex 2015 which is just a week away. Though, Tablets has been losing its ground to big phablets but Asus has keep researching to bring out innovation in tablet technology.

Tablet will feature display with Aspect Ratio of 4:3 which are common in Apple devices and recently launched tablet of Samsung Galaxy A series has the same ratio. It has been embedded with front-facing speaker to provide superior sound clarity while watching video.

To provide grip, edge of the tablet has leather strip and Intel inside logo which confirms that tablet will be powered by Intel processor.

ZenPad series will come in two models, featuring 7-inch & 8-inch screen size. Larger model will have higher resolution of 2048 * 1536 pixel and standard 7-inch slate will be launched with 1024 * 600 pixel resolution.

ZenPad 8 will be running Android Lollipop v5.0 out-of-the-box and will be powered by Intel Atom quad-core processor. Tablet will come with option to RAM i.e. 2 GB & 4 GB and for the internal there is not much news but expected to start with 16Gb internal memory which can be expanded via. microSD card.

Tablet has got Camera at both end without any word on its capacity. Most tablets launched by Asus has Sim slots with voice calling feature. Tablet will get competitive advantage if Sim slot with calling feature has been provided. Asus Fonepad 7 was a huge success in budget tablet range and with the new ZenPad, expectations will be flying high.