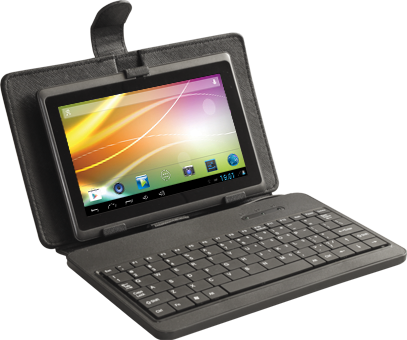 Micromax has by now well established itself in the mobile phone and tablet market offering price effective devices packed with some decent hardware. The P280 is yet another addition to the Funbook line-up. Priced at Rs. 4500 it is made and promoted to be used for official purposes like creating documents, emails etc. and intended to be used with a keyboard housed in a leather case. The P280 comes with no fancy hardware.

It has a 7 inch (17.7cm), capacitive, 5 multipoint touch screen with 800×480 pixels resolution. Powered by a single core 1GHz Cortex A8 processor it runs on the Android 4.2 Jelly Bean OS.

The connectivity options offered are wifi and USB (can connect an external GSM/3G dongle) with no calling facility. Under the hood is a front facing 0.3 megapixel camera (main camera not provided) for conferencing. A powerful 2400 mAh battery is a plus point while the 512MB DDR3 RAM is a bit below the mark. It has got a standard 4GB internal memory which can be expanded up to 32GB via an external memory card. It has also got some cool built-in apps like Spuul, Opera Mini, kingsoft Office and M!Live.

In all, the P280 is a decent tab for moderate users with limited utility. Certainly not for heavy gamers and multimedia users. Go for it if all you need to do is documents, emails and internet on home/office wifi.

CES 2014 has clearly set the road for what to expect out of mobile technology in 2014 not forgetting the Mobile World Congress (MWC) due in February. CES 2014 certainly gave us a glimpse of upcoming devices in this year. 2014 is an important year for the tablet market given the crucial phase of tablet evolution challenging the laptop market. We give you the top 10 tablets showcased at CES 2014. 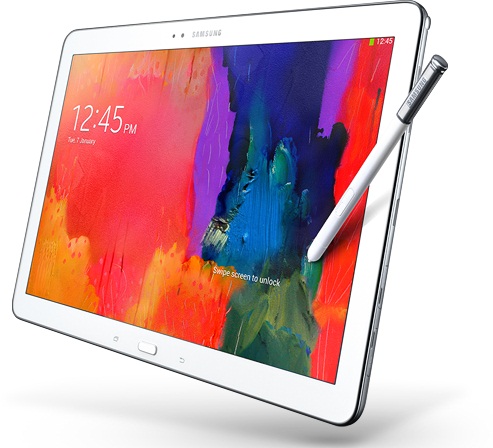 It may seem to be a temptation, but we do place the Samsung Galaxy Note Pro (12.2) at the top with reinforced confidence. Powered by a 2.2  GHz processor , flaunting a massive 12.2 inch(2560 x 1600) screen the ability of the Pro to run 4 apps simultaneously on the  huge screen is truly impressive. It comes with a built in S pen for taking notes and drawing (the S pen is yet to prove its potential). The 12.2 inch screen might have added utility but certainly compromises portability. The impressive specs are also backed up by a range of powerful utility apps like remote PC access from Samsung. Samsung has also introduced the new Galaxy TabPRO range including 12.2, 10.1 and 8.4 inch models. 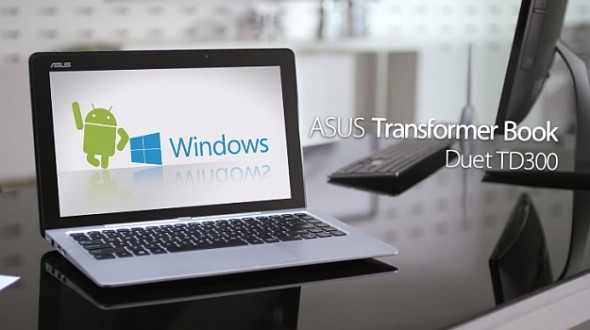 Asus, a modest name in the tablet market has certainly hit the mark with this wonderful device. The Transformer Duet TD 300 is a quad-mode convertible laptop/tablet running dual OS viz. Android 4.1 Jelly Bean and Windows 8.1. It can switch between the two within four seconds. It has a 13-inch screen and is powered by a charitable Intel ‘Haswell’ Core i7 processor. So it is potentially 2 laptops and 2 tablets packed into a single device…that’s impressive.

Lenovo known for its decent hardware has introduced the ThinkPad 8, a credible addition to its Thinkpad series. Targeted at the enterprise consumer, the sleek aluminium ThinkPad 8 comes with a sharp 8.3-inch, 1920 x 1200-pixel screen running Windows 8.1. On the flip side is a high-res 8-MP camera with an optional Quick Shot cover that opens the camera app as you uncover the lens. Under the hood is Intel’s speediest Bay Trail CPU. A no nonsense businessman is what you’ll look holding the Lenovo ThinkPad 8.

The Toughpad 4K is bound to raise eyebrows given its whopping 20-inch display and a jaw-dropping 3840 x 2560-pixel resolution. Specifically designed for artists and designers, this sturdy slate is built tough, with a mag alloy case and glass-fiber bezel and back. It can even survive drops from 2.5 feet. This pen-enabled $5,999 slate is packed with a 2.1-GHz Intel Core i7-3687 CPU, 16GB of RAM, and Nvidia Quadro K1000M graphics, and a 256GB SSD and weighs 5.6-pound. It’s a portable, reusable canvas.

Consecutively placed is another Panasonic Toughpad the FZ-M1. The rugged tablet is targeted at the enterprise segment. Running  Windows 8.1 Pro (64-bit), the tablet has a 7-inch touchscreen encompassing 1200×800 pixels with glove touch technology and comes with an optional stylus support. It is Powered by a 1.6 GHz Intel Core i5 vPro processor and an Intel Celeron chipset, it has a 4 GB RAM, and can be extended up to 8 GB. Certainly for the military types.

Acer announced two new tablets the Iconia A1-830 and the Iconia B1-720 with 7.9-inch and 7-inch screens respectively. Running on Android 4.2.1 Jelly Bean, the Iconia A1-830 is powered by the Intel Clover Trail CPU and comes with a 7.9-inch IPS display (768×1024 pixel), and an elegant aluminium back. Priced at just $149 the Iconia offers best value for money.

Refining its Yoga range, Lenovo launched MiiX 2 with a different approach to detachable laptops. The MiiX can be used in three modes – laptop, stand and tablet. It runs Windows 8.1 powered by the new 64-bit enabled quad-core Intel Atom processor and integrated Intel HD graphics. It is 0.36 inches thick and weighs 590 gm. It comes with a 5 MP rear camera and a detachable AccuType keyboard. Battery life is eight hours. There’s a choice between 10.1-inch and 11.6-inch models Fuhu and Hollywood studio DreamWorks have collaborated to introduce a tablet for kids named The DreamTab. It comes in 8- and 10-inch sizes and is powered by Intel Atom processor. It can help you teach your children to draw their favorite characters with built-in video tutorials. It can also tell your child when playtime is over and it’s time to learn. It also has a family-friendly social networking app that will protect childrens privacy. Learning and Fun packed together it’s a perfect gift for ur kids birthday.

Asus unveiled two new smartphone-tablet hybrids boasting innovative dockable design- Asus PadFone mini and Asus PadFone X with 4-inch and 5-inch displays respectively. The PadFone mini docks into a 7-inch tablet, while the PadFone X fits in a 9-inch tablet dock. Both devices run on the latest Android 4.4 Kitkat OS. Other specifications are not yet revealed.

Flashing is the method of re-installing Android on a device. The process varies from Tab to Tab, depending upon the company it belongs to, but mostly they can be flashed using Pheonix card and LiveSuite software.

Almost all  the Micromax Funbook Tabs can be flash with LiveSuite software. Download the software from here.
Extract the LiveSuite Pack and in the extracted file click on LiveSuite.exe file,  following which the below shown window appears.

The method of flashing the Funbook tab are as follows:-

1) In the above window click on  the SelectImg option and then select the path of compatible Android ISO file for your tablet.

2) After this press the volume up (+) button in the Funbook tablet and connect the tablet to the computer through the USB wire, after attaching the wire to the tablet press and release the power button 4-5 times.

3) Two windows will appear on the computer screen, select ‘Yes‘ in both the windows.

4) After this, the Android installation on tab will begin which will be indicated by the progress bar. As the bar reaches 100% mark, plug out the USB wire from the tablet and then restart it.

5) After fresh installation of the Android will take around 5-10 min to start the  tab.

See the flashing of the tab in the video 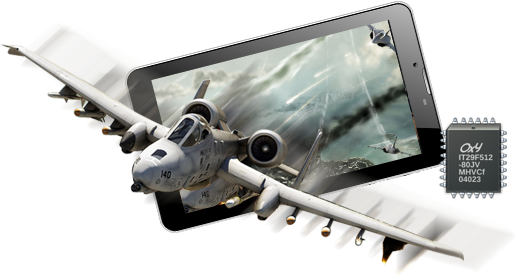 Micromax P255 Android Tablet with appreciable configuration at price of just Rs 4449 in India. Isn’t it a real fun. The tablet  has the best configuration in Rs 5000 budget  range.

Micromax has always surprised the market with affordability and quality. This Indian company has served to all genres of users and has established itself as prismatic youth icon, breathe of novelty. Micromax tablet has been one of the market favorite and is putting up tough competition for big players like Samsung. In Q2 of 2013, it enjoys the marker share of 22 per cent and numbers are still growing. It has a custom of surprising the market and this time it’s Micomax P 255.  Pocket friendly and good specs… P 255 is a full “package”.

The combination of Android v4.0.4 (Ice Cream Sandwich) OS and 1.2 GHz Cortex-A8 Processor presents a powerful platform. The internal storage of 1.15GB which is expandable up to 32 GB with microSD provides plenty of utilizable space for your apps, games, movies and docs. The 7 inch Capacitive Touch screen with 800 x 480 pixels makes this Micromax baby, a smooth and eloquent sensation for fingers.

In its latest offering Micromax launched its Micromax Canvas P560 Tab under its very successful Canvas range  of  products. As the Micromax canvas smart phone has already been a huge success in Indian market as it was very affordable and has superb features the Micromax canvas P650 carry the same load of expectations.With this tab Micromax has once again proved that this brand will fulfill all the expectations about latest features and also it will be cost effective.

Talking about the features this tab boasts of a 8 inch IPS display and is fuelled by a 1.2 Ghz Quad core processor.This tablet runs on Android 4.2.1(Jelly Bean) which is also promised to be upgradable via OTA updates.This tab also has aluminum body frame which shows the kind of quality with which this product is made.This tablet also supports 3G and also has voice calling facility which makes it one of the most high end tablet in this category.It also has 1 Gb ram and 16 Gb of internal storage.It also has 4800 mAh battery which is very powerful and provide a very good backup.