Karbonn known for its budget Tablet, has launched ST72 with Voice-calling. This Tablet has been launched after a period of 1.5 years. If you are wishing for this tablet, it can be purchase from e-commerce websites for Rs. 6,248.

Specification:-
ST72 will feature 7-inches of display with a pixel resolution of 1024 * 600 pixels and will run on Android Kitkat v4.4.2. It will be powered by 1.3 GHz Cortex A7 Dual core processor coupled with 512 MB of RAM. It will space 4 GB as internal memory which can be further expanded to 32 GB via microSD card. The Primary camera will be of 2 MP with front facing camera of 0.3 MP.

What’s Speical:-
It has Dual-sim slot which can be used for Voice calling and will be available in three color variants i.e. White, Black and Grey.

Connectivity:-
It supports Wi-Fi connectivity, Bluetooth, 3G, micro USB, Infrared, GPS and FM. The battery is of 2800 mAh which will support 5 hours of Talk time and 250 hours in standby mode.

Competitors:-
It has been launched with the launching of Nokia N1 and Jolla Tablet. Though, they cost more then Karbonn ST72 but can be a alternate option for the user.

Karbonn last tablet, Ta Fone A39 was not a commercial success. This tablet will target the college and working community.

Rooting a karbonn tablet is easy  and affordable.you can have your karbonn tab rooted in a few seconds and your world to tab will be fully opened. In this post we have used Karbonn Ta-Fone A34 for demo.  Although the same processes are applicable to all the karbonn Smart Tab also.

Step 1. Backup everything! You might want to take a backup of all your apps, contacts and settings before rooting.

Step 2. Now,download the root software from here . Meanwhile connect your tablet to your PC.

Step 3.Extract the files from zip file.From the extracted files select the file “RunMe.bat” and double click on it.

Step 6.On the tablet ,an option popping out to restore your data,click on restore.

Step 7.finally!!!your tablet is rooted and now you are free to access files.

Note -: Rooting your tablet will void  your warranty and might brick your tablet. 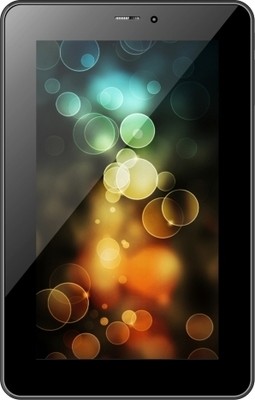 Not so long ago we had Karbonn A37 as the latest from the brand karbonn and we now have Ta-Fone A39 added to its portfolio. Calling feature and fast internet access are two of the most sought features in the budget category segment budding in India. Karbonn makes sure that it contends its customers with both and A39 is set to help.

Ta-Fone A39 is a 7 inch tab which sports 3G sim. Screen resolution wise this tab is very good as it has clear display of  1024 x 600 pixels. Furthermore the tab promises speedy performance with 512MB Ram and 1Ghz Processor. All in all it’s a must buy if you are more on internet and like to stay in touch with.your friends by all the means..
Find a detailed list of it’s features below:-

Karbonn Ta-Fone A37 is the next entrant in the Ta-Fone series of Karbonn after Ta-Fone A34. This one comes with 3G SIM slot. If you go through the feature list you will find out this Tab is a tweaked up version of the first released Karbonn Ta-Fone A34. These days 3G network is all people talk about and hence it is a kind of must thing for the Tablets makers to incorporate.

Take a look at all the features with its corresponding specs we have listed below:

The A 37 comes with a 3,000mAh battery, which should last long enough considering the specs of the tablet.

Karbonn means it no stopping. After a huge slew of Smart Tabs, the makers brace up to launch a Dual SIM Tab now. Karbonn introduces Ta-Fone series to try its surge in the calling Tabs’ market. There are many in this play but Karbonn is more of a household name here in India. With the launch of Ta-Fone series, Karbonn is touting it well all over to rule the segment.

This A34 model is dual a SIM Tab which runs on Android’s penultimate version, the Ice Cream Sandwich. The Tablet houses 1Ghz processor and 512MB RAM to insure seamless performance all along. This one has got dual camera where the front camera is a good 2.0 MP camera.

Further there is much more for you to know about the Tab, which is all listed below.

Another addition to the Karbonn Tablet family, welcome Velox! Karbonn Smart Tab 8 has been elegantly given a short name by the makers as Velox. This is the newest Karbonn Tab in the market after Karbonn Cosmic. This New Year Celebration, in order to capture the youth’s gaming fondness, Karbonn has come up with a superfast device dedicated profusely to GAMING. The OS is the latest Android 4.1, Jelly Bean. With the Dual Core processor cloaked at 1.5 Hz, and sreen size 8 inch, start imagining the ultimate Gaming experience boxed in the device.

Other tablets in the Karbonn Tablet series are:

You can buy Karbonn Smart Tab 8 from online stores. See the tab on Flipkart and on ebay.