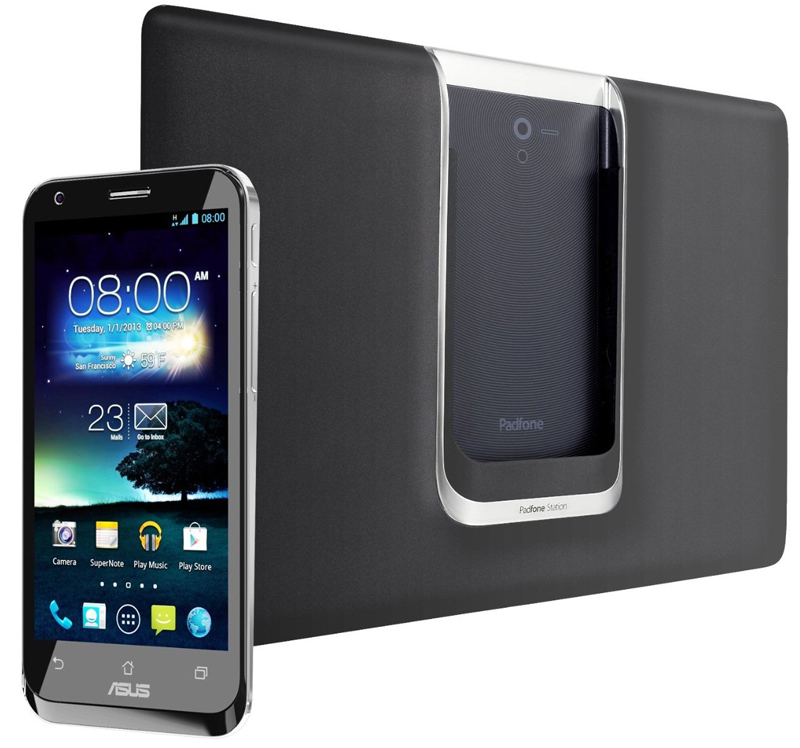 Asus renown name for Tablet manufacturing, has launched Smartphone-cum-Tablet i.e. Hybrid dubbed Padfone mini in India. The price against this Hybrid will be Rs. 15,999.

What’s Special:-
It can be used both as tablet and smartphone. Smartphone is of 4 inch, can be attached to a 7 inch screen case and it will work as tablet. Camera is using five-element lens shooter with Sony backside illumination technology. OS can be upgraded to Kitkat v4.4. Additional lifetime Asus Webstorage of 5 GB.

Official Announcement:-
Asus has announced this Tablet at CES 2014, it will run Android Jelly bean v4.3 and official promise has been made upon its up-gradation to Android Kitkat v4.4. It has been embedded with Zen Link which will help users in share, connect and control link easily.

Specification:-
On the specification front, it will feature 4-inch WVGA IPS display with a pixel resolution of 480 * 800 pixels and comes with Tablet dock which is of 7-inches of IPS display with resolution of 1280 * 800. It will have Dual-sim support with first slot supporting 3G connectivity.
The Tablet has been powered with 1.6 GHz Intel Atom Z2560 coupled with 1 GB of RAM. It pack 8 GB of space as inbuilt memory which can be expanded upto 64 GB through microSD card.

Connectivity:-
It supports Wi-Fi connectivity, GPRS, Bluetooth and Micro USB. The camera has been embedded with Pixel master’s Technology which has been developed with five-element lens shooter packed by backside illumination sensor from Sony added by 8 MP Rear camera and Front facing camera of 2 MP for Video calling. In order to provide long battery support Smartphone carries 1,170 mAh with 2,100 mAh battery with Tablet dock.

As per our track-record with Asus Tablets, they are worth buying and their tablets are best in the budget segment. 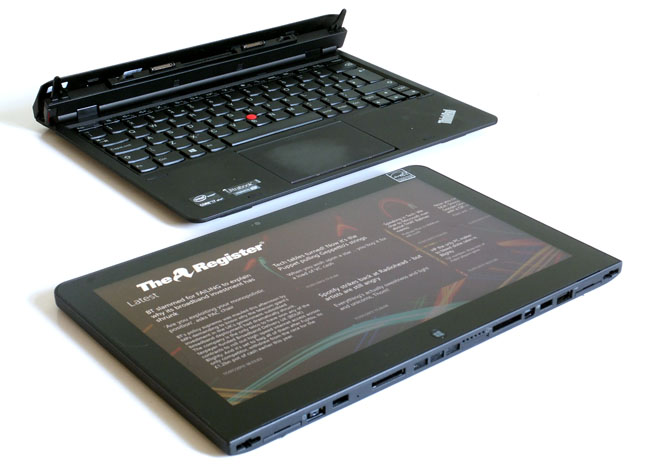 Lenovo has launched its convertible Hybrid Tablet dubbed “Thinkpad Helix 2” with their word to launch convertible gadgets and make it available for purchase before the holiday seasons.

Specification:-
This tablet will run on Windows OS and will be powered by Broadwell based Intel Core M chips. Entry level Hybrid will sport 11.6-inches FHD IPS Display with a pixel resolution of 1920 * 1080. It will be embedded with Intel core M 5Y10 processor. The RAM will be of 4 GB and in-built support of 128 GB will come with the device. Primary camera will sport 5 MP and front facing camera is of 2 MP. For customer who demand their convertible should be more fast, Lenovo has also launched Advanced version, with Intel core M 5Y70 processor, 8 GB RAM and 256 GB of ROM.

Connectivity:-
Both the model is equipped with Wi-Fi, Bluetooth v4.0, active digitizer and Digital pen of Wacom variety. It connects microSD card, USB port, micro HDMI output and stereo speakers. Additional speaker has been embedded with keyboard. Keyboard has been built as magnetic accessory which can be connected to Hybrid through small pins located at the bottom. In Laptop mode , Tablet-cum-computer will last to hours while in tablet mode it will end in 8 hours.

Price:-
The official price against the product are for Base model $ 979 and for Advanced version $ 1399.

Difference:-
Differences between Base and Advanced Model. 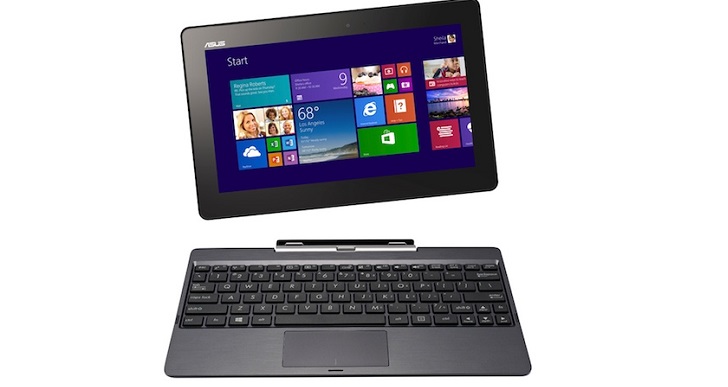 Asus has expanded its Transformer series in India with the launch of Transformer Book T200 Hybrid Tablet supporting Windows OS and Transformer Pad TF103 Tablet running Android Kitkat. The price quoted against it are Rs. 35,999 and Rs. 19,999  respectively.

Specifications:-
Transformer Book T200 Hybrid will run on Windows 8.1, sporting 11.6-inches of HD Display with a pixel resolution of 1366 * 768 pixels. It will be powered by Intel Bay Trail Z3775 processor cloaked at 2.39 GHz embedded with 2 GB of RAM. In-built memory is of 32 GB with external support of 500 GB Hard disk. Primary camera is of 5 MP whereas secondary camera is of 2 MP.

Transformer Pad TF103 Tablet will be running on Android Kitkat V4.4 out-of-box. It will sport 10.1-inches of HD WXGA IPS display with a pixel resolution of 1280 * 800. It will be powered by Intel Atom Z2560 processor clocked at 1.6 GHz linked with 1 GB of RAM. It will account 16 GB of in-built memory which can be expanded to 64 GB of space by microSD card. Primary camera is of 2 MP with front facing camera of 0.3 MP. The battery along with device is of 5070 mAh.

Upside:-
The Asus has created good word-of-mouth in terms of their products & services. It has a remarkable perception in front of Indian users. The most successful Product in India was its Asus Fonepad 7.

Downside:-
Both the Tablets will have to compete against iBall and Notion Ink Hybrid Tablets. They have near about the same offering with less price. Both the brands are on their way to create Trend in their offering as a products.

Swipe has launched its Hybrid Tablet named Ultimate with a price tag of Rs. 19,999. Swipe is Indian based Telecommunication corporation with its Headquarter located in Pune. It aims to empower India in top nations for availability of  Tablets Technology and innovative solutions.  It will be exclusively available on Flipkart and comes in Black color.

Specification:-
It will run on Windows OS v 8.1 and will sport 10.1-inch HD IPS display with Zero air gap technology and pixel resolution of 1280 * 800. It will be powered by Intel Atom Z3735D Quad core processor coupled with 2 GB of RAM. It will pack 32 GB of internal memory and supports Hard Drive of 1 TB via microUSB slot. The Rear camera is of 5 MP while the front facing camera is of 2 MP.

Connectivity:-
It comes with Wi-Fi support, Bluetooth for transferring files v4.0, micro HDMI port, micro USB and 3G connectivity via Dongle. The battery is of 8,000 mAh, means extra support while you are working.

What’s Speical?
Along with the purchase of every Swipe Ultimate Hybrid Tablet users get free subscription to Microsoft Office.

Competitors:-
In recent time period, iBall, Notion Ink and Asus too has launched their Hybrid Tablets. Expect, Asus Hybrid tablet all three companies have the same offering with near about same price tag. 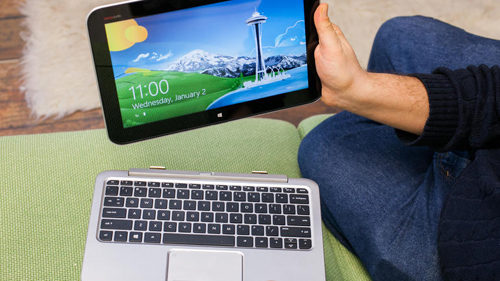 What’s Different?
This Tablet has been powered by Intel M chip, which is the first child to Intel 5th generation Broadwell batch. These processor are especially designed to power premium tablets and Notebooks with long support for usage and support for fanless design.

If you are in need of advanced version, you can opt to Intel Core M-5Y70 which clocked at 1.1 GHz with maximum turbo speed of 2.6 GHz.The screen size is same but the resolution has been extended to 1920 * 1080 pixels. The RAM is of 8 GB with SSD of 256 GB. It has got stereo front-facing speaker with Beats Audio.

AIO System:-
AIO stands for All-in-one system. It has been provided with Backstand, which is at backside of the Tablet Computer. It sustain the screen in position, which you wish.

What comes in Box:-
It has been bundled with backlit wireless keyboard in order to use it as laptop and an external battery for user convenience.

Price:-
The price against HP Envy x2 13 starts from $800. It is available at HP official site. Buy from HP.com

Notion Ink is all set to come with its new Hybrid Windows tablet named Cain 8. It will be exclusively available at Snapdeal. The last tablet launched by Notion Ink was Adam II. It has review of  9.4 out of 10 by its users. It has been enlisted on Snapdeal for Rs. 19,490.

Specification:-
It will run on Windows v 8.1, screen size of 10.1-inches IPS LCD display with 10-point capacitive touchscreen with a resolution of 1280 * 800 pixels, coupled with Intel Atom processor Z3735D. RAM space about 2GB and in-built space of 32 GB. The space can be expanded through microSD card upto 64 GB. Both the camera i.e. Front and Rear is of 2 MP. Graphics card has also been embedded for high picture quality experience.

Connectivity:-
It has got Wi-Fi support, Bluetooth, microSD card slot, HDMI port, USB OTG connectivity and Single sim with 3G support. It has been bundled with Integrated keyboard means another Hybrid Tablet Computer. The battery is of 7900 mAh which supports 10 hours of surfing or 7 hours of videos.

Business Feature:-
For mail support it has E-mail, G-mail and Outlook. In order to perform documentation it comes with Microsoft Office 365. It supports all application that run on Windows Laptops.

UpSide:-
The users who are wishing to buy Tablets and Laptops can switch to this device. It is a Tablet computer which can be used as Tablet-cum-laptop. Only few Indian manufacturer are coming with Hybrid Tablet.

Downside:-
The recognition needed by users is still to be made. The market of Tablet Computer is full of Giants.