If you have a dead or heated phone then, follow these following steps to solve your problem or watch a video to memorize them. END_OF_DOCUMENT_TOKEN_TO_BE_REPLACED

Xiaomi- Chinese electronic company is reportedly working on its second tablet, after the worldwide success of its MiPad Tablet. Company is calling it as China’s Apple. Some rare specification of the device has been showcased at GFXBench without its image. The Tablet codename “Xiaomi 2014811” will be an affordable Tablet claimed by company in media.

The specification within Tablet is rumored to be 9.2-inch Display with a pixel resolution of 1280 * 720. According to GFXBench, new Tablet from Xiaomi will be coupled with 1.2 GHz Qualcomm Snapdragon 410 Quad core processor and Graphics of Qualcomm Adreno 306. It will be processed with 1 GB of RAM. It will run on Android v4.4.4 out-of-the-box and will have single sim slot for voice calling.

Through, the company has done stiff business in India and has claimed 3rd position worldwide in Mobile manufacturing, is yet to be launch its first tablet in India. The last tablet MiPad is still not available in India. Xiaomi has announced Redmi Note in India but till now it is not available to the hands of its users.

Xiaomi is presently offering MiPad Tablets with 7.9-inch display with pixel resolution of 2084 * 1536. It is powered by 2.2 GHz Nvidia’s Tegra K1 processor. Coupled with RAM of 2 GB it has inbuilt memory of 16 GB which can be expanded via. microSD card upto 128 GB. The primary camera is of 8 MP and secondary camera sports 5 MP for video calling. It runs on heavily customized version of Android Kitkat v4.4.2 i.e. MiUi V5.

The additional feature in “Xiaomi 2014811” which has been rumored is that it might come with a sim slot for voice calling in order to provide stiff competitions. 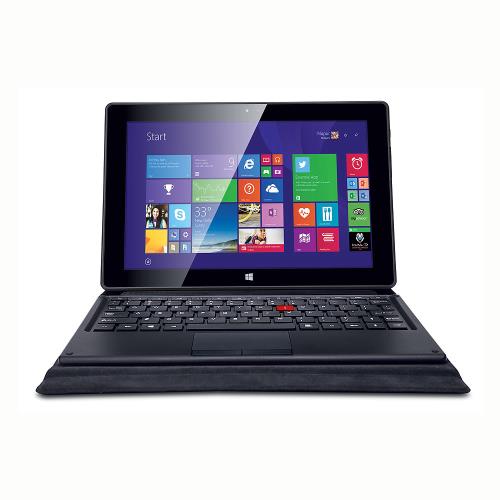 iBall on Monday has launched 2-in-1 hybrid tablet with Windows 8.1 as its operating system, pronounced as iBall Slide WQ149 for just Rs. 24,999. This 10-inch Tablet by iBall, can be used as a Laptop along with bundled magnetic pogo pin keyboard with an integrated touch-pad.

iBall Slide WQ149 Specifications are it sports a 10.1-inch WXGA IPS display with a screen resolution of 1280 * 800 pixels. It runs on Windows 8.1 and powered by 1.83 GHz Intel Atom Z3735D processor. It is coupled with 2 GB of RAM. The primary camera is of 5 MP while secondary camera is of 2 MP. It has inbuilt memory of 32 GB which can be expanded through microSD card upto 64 GB. It has been packed with 31.08 watt hour polymer battery.

Along with iBall Slide WQ149, there will be free Onedrive cloud storage of 1 TB and free one year subscription to Microsoft Office 365.

iBall Slide WQ149 is dubbed as Hybrid, which can be used both as a Tablet and Laptop. If user are confused to purchase Tablet or Laptop, this Tablet will be suitable option. It is economical on the pocket and weights light for portability.

This tablet does not have voice calling support. Now-a-days Tablets are launched with calling features in order to explore the market and capture the big bunch of Market share. When Talking of Goodwill, iBall lag behind in Tablet Technology when compared to Giants Like- Apple, Microsoft, Samsung and the likes. 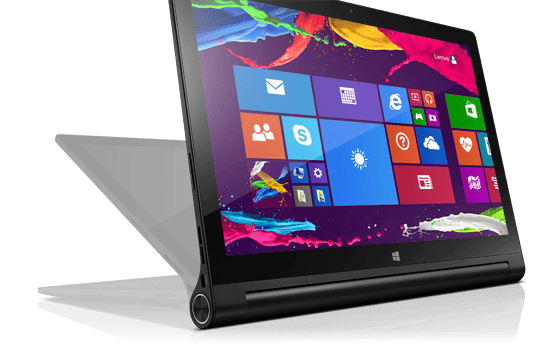 This Tablet will be running on Windows 8.1 as its OS and price tag against it is $ 699. It will land the shelves till November. Apart from the Yoga Tablet 2 Pro, it does not include Pico projector which can project an image to 50-inches of size on any surface. It will be along with Keyboard cover with Microsoft office 365 with a trial period of a month.

It will be available with stand which will make it easier to use in any position as it will rotate upto 180 degree and can be used in four different mode i.e. Hold, Hang, Tilt and Stand.

On the specification front it Display screen size of 13.3-inches QHD display with a resolution of 2560 * 1440 pixels, and is powered by 1.86 GHz Intel Atom Z3745 processor. The battery life will be of 15 hours. For its sound, it has been loaded with JBL stereo speakers and subwoofer.

The differences which separate it from Yoga Tablet 2 Pro are it has been coupled with 4 GB of RAM, built-in memory of 64 GB, which can be expanded via microSD card upto 64 GB. Pico projector has been missing from it. It has a front camera of 1.6 MP with no rear camera.

With keeping in view of International Festival, Lenovo is trying to make available all variants of Tablet which the user can go. It is good to make products available in different variant of OS. The two wide OS used in Tablets are Android and Window and every manufacturer is coming with their best.

Though, the products of Lenovo are universally accepted worldwide and as per My Tablet Guru past experience, the Tablets of Lenovo always keep on buzzing.

Samsung along with Barnes & Noble has introduce a bigger display of 10.1-inch in its Tablet group named Galaxy Tab 4 Nook. Before it, they had announced its first version. Barnes & Noble is big giant in online book store.

In July, Samsung and Barnes & Noble had team up as a result of which first co-branded Galaxy Tab 4 Nook was launched in August with a screen size of 7-inch with a price tag of $179.

As a result of its competitors that include Apple’s iPad and Amazon.com Kindle Fire which comes in different variants in comparison to their sizes. Now, keeping in mind of their competitors action Samsung is also engaged in manufacturing of different variants of sizes with 10.1-inch diagonal screen ahead of all important holiday season with a price tag of $299.99.

The Nook is offering access to Nook app. Store and Google Play store for Android application. Now with Galaxy Tab 4 Nook you have free access to contents from Nook Store which also include books, TV shows, top magazines and apps which cost more than $200.

Both the variants of Nook are available at Barnes & Noble retail store and Nook.com.

With the launch of Galaxy Tab 4 Nook 7.0, Nook got a camera for the first time. The primary camera with 3 MP and also front facing camera of  1.3 MP. These are the offering which can let you think before buying Tablet for e-book reading.

This has better offering from the latter as through Nook 10.1 you have access to Nook app store and Google Play store for Android application.

Samsung has partnered Barnes & Noble to provide competitive edge to the segment of e-book reading. In order to gain access to Market share from Amazon Kindle Fire and Apple iPad.

Through, it is wise to expand the Business under e-book reading segment. Because there are less option for the users to choose. In turn, gaining opportunity become wide. 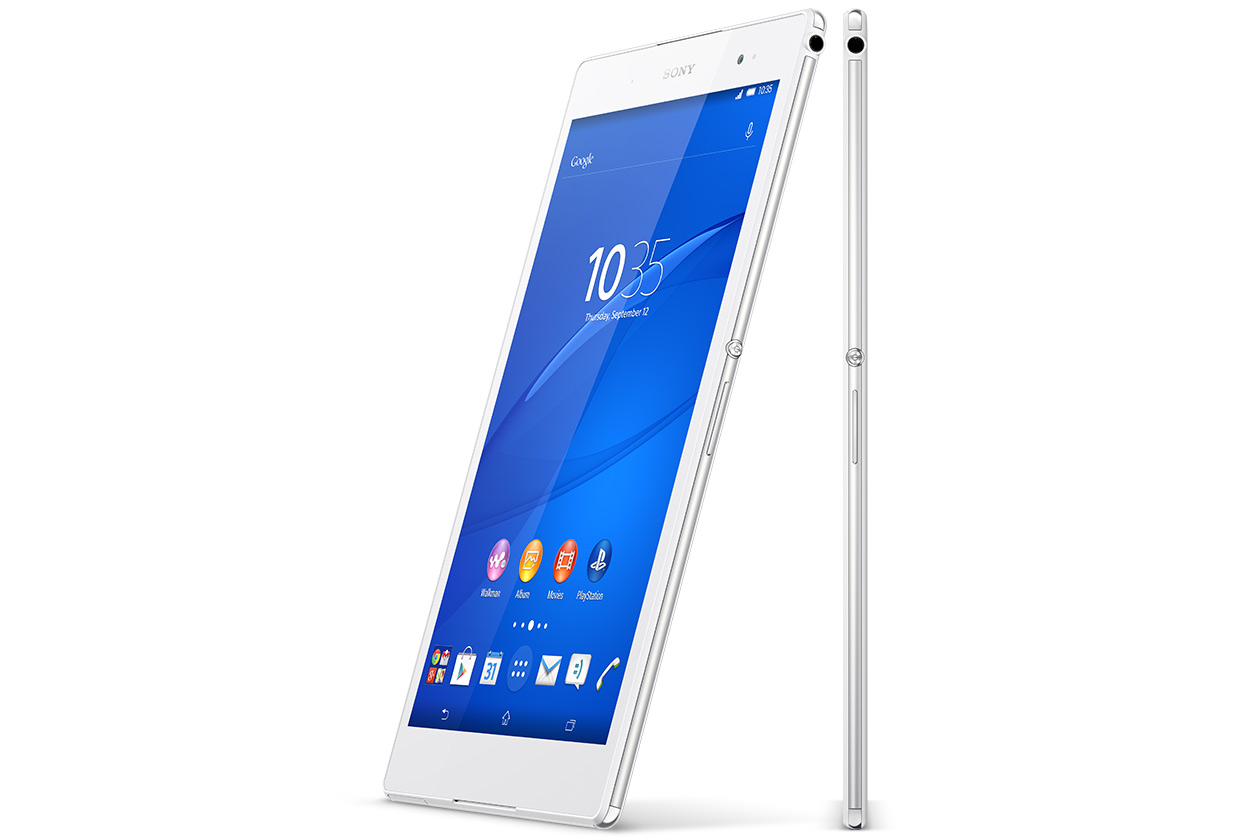 The all new Sony Xperia Z3 Compact Tablet which you can register for pre-order at company official site and is expected to start its delivering from 2nd Oct,14 in USA. This Tablet has been classified in premium Android budgeted tablet and will cost $ 499.99. This Tablet has been built with all latest technology to provide the best among the Tablets.

It sports 8-inch WUXGA screen with Triluminos display technology for wider palette of rich and natural colors and X-Reality for razor sharp picture engine with a screen resolution of 1920 * 1200 pixels. It runs on Android Kitkat v4.4 and powered by 2.5 GHz Qualcomm Snapdragon Quad core processor and coupled with 3 GB of RAM.

Though, primary camera of 8.1 MP with 8x digital zoom and a secondary camera of 2.2 MP with HD support for video chat and Full HD video recording. It has two variants for inbuilt memory i.e. 16 and 32 GB which can be expanded through microSD card to 128 GB.

Through it you can enjoy the gaming feature of Playstation 4  which has got certified from Playstation. Sony 3D surround system technology make it far enough ahead from its competitors and loaded software for sound improvement for listening music. It has got latest technology support of 4G but has been restricted to some of  the market. 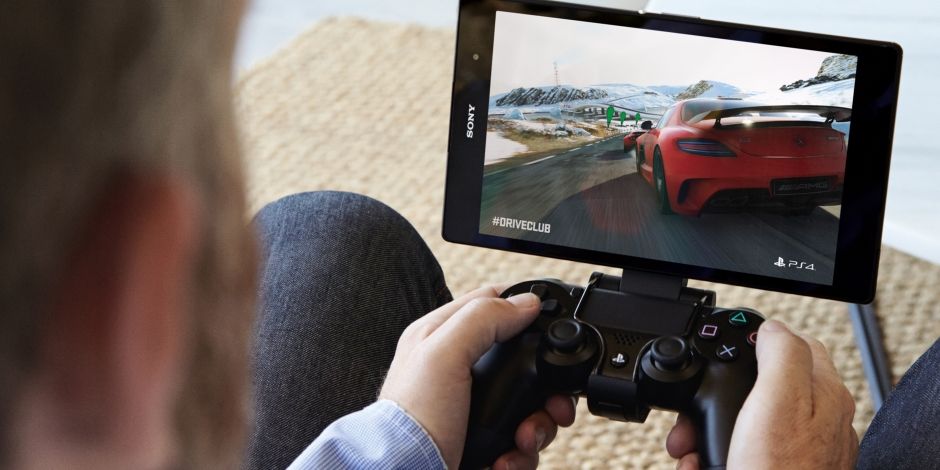 On the connectivity front it has got Wi-Fi with Wi-Fi hot spot, GPS for navigation while journey, Bluetooth for transferring files. It will be available in two color i.e. white and black.

Last Tablet by Xperia was six month ago with its standard set and now with the Apple, Google, Asus as their competitor all around. It would be quite interesting to watch if there is any Buzz for it or not.

But matching its specification to their competitors Xperia Z3 has been built with all features and for all segments. No segment has been over left.