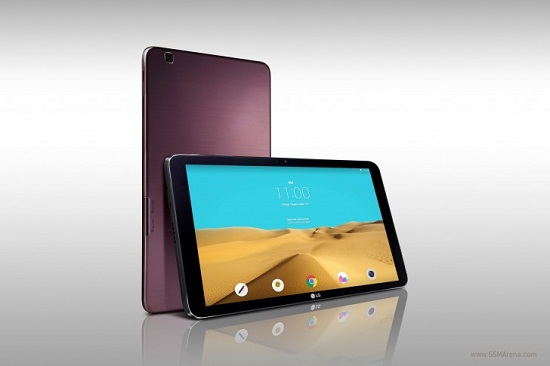 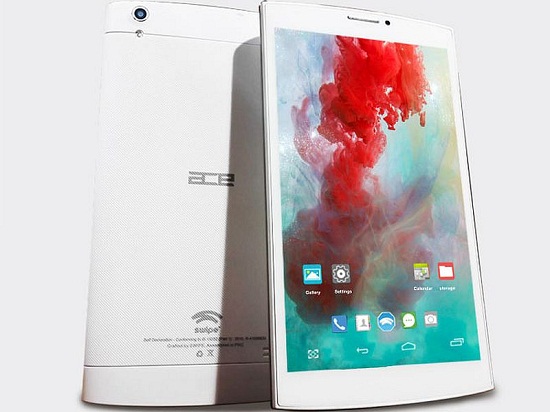 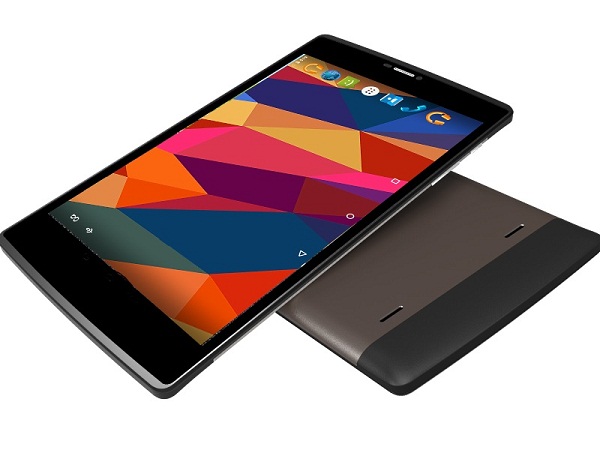 LG has introduced its updated second version of G PAD 2 8.0 tablet in Korea, which has been listed on its official webpage. Confirmation on its availability & pricing has not been revealed yet. G Pad first generation tablet was introduced in May last year.

Though it has been labeled as LGV498 and bears similar specification to its earlier version. Latest highlighted feature which can be seen in tablet is full-size USB port which act as connecting bridge to portable devices, keyboards and gaming controllers. It can also be used to charge other device.

Specification:-
Tablet runs Android Lollipop v5.0, 8-inch WXGA IPS display with pixel resolution of 1280 * 800. It has been powered by Qualcomm Snapdragon 400 quadcore processor clocked at 1.2 GHz. Tablet has been backed by 32 GB inbuilt storage which can be expanded via. microSD card upto 128 GB.

Connectivity:-
Connectivity includes Wi-Fi, Bluetooth and GPS. It has camera at both ends without availability on configuration. It has got 4200 mAh battery and will be introduced in Titanium black & white color. Tablet weights 347 grams and measure 210.8*124.2*8.95 mm in dimension.

Tablet comes with Stylus of 3.5 mm width, company own UI LG-Qpair 2.0 app which is used to connect Smartphone to access call & messages. Microsoft Office & Knockon feature has been also included. 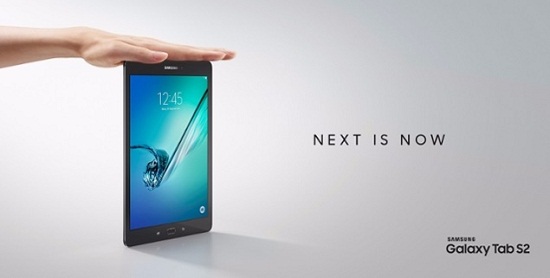 Samsung is planning to launch its tablet Flagship dubbed Galaxy Tab S2. It has been announced by Samsung that Tab S2 is the lightest & thinnest tablet ever manufactured. It will land the shelves starting august and will be available worldwide. Still pricing has not yet been declared, but it would be priced similar to iPad Air 2.

To capture the major segment, Samsung will launch in two variants i.e. 8-inch and 9.7-inch. If you wish to buy a Wi-Fi tablet or tablet with Wi-Fi and LTE connectivity, then you can stick to Galaxy Tab S2 because it is available in both configuration when it comes to connectivity. Both the Tablet has Super AMOLED display.

Among its Size, Tab S2 is the thinnest tablet accounting just 5.6mm in thickness. It would be a perfect substitute to Apple iPad Air 2 which measure 6.1mm in thickness. It come out-of-the-box with built-in touch enabled fingerprint scanner supporting high-tech authentication and security.

It runs on Android Lollipop and has been powered by Quad core processor coupled with 3 GB of RAM. It packs 32 GB or 64 GB inbuilt storage two variants to choose from which can be expanded via. Micro-SD card upto 128 GB.

Last Flagship Smartphone by Samsung was Galaxy S6 which was successfully accepted worldwide and it has also turned Android market share in US. Both the tablets comes preloaded with Microsoft office and 100 GB cloud storage for first two years.

Tablet will fall among the high end tablet and will be priced higher as per the hardware specification and if Samsung is touting as thinnest tablet then it would have impact on the sale of Apple iPad air. 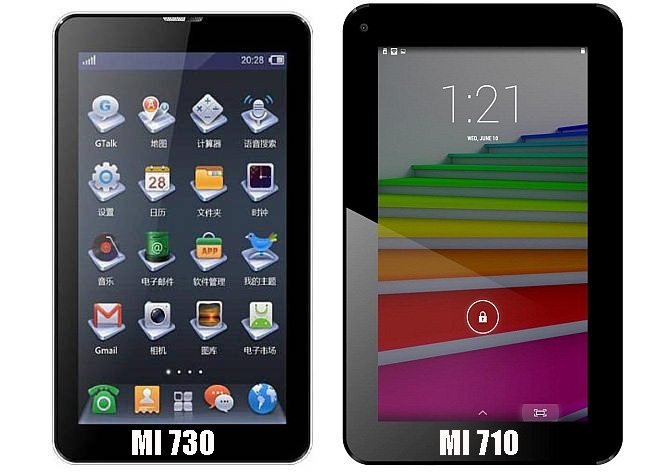 Spice has launched two new low cost tablets dubbed Mi-710 and Mi-730. Both the tablet has been listed on Homeshop and can be purchased at Rs. 3,999 and Rs. 4,999 respectively.

Similarities in Specification:-
Both tablets feature 7-inch HD display with pixel resolution of 1024 * 600 and running Android Kitkat OS v4.4. Tablet packs 512 MB RAM and 4 GB as internal storage which can be expanded via. microSD card upto 32 GB. Tablet PC has been backed by 2800 mAh battery.

Different Specs. :-
Mi-710 has 2 MP cameras at Back & 1.3 MP cameras at front and has been powered by Quadcore processor clocked at 1.3 GHz. It is available only in black color.

Mi-730 has dual Sim slots with 3G supports and supports voice calling. It front camera is of 0.3 MP and 2 MP camera at back and has been powered by Dualcore processor clocked at 1.3 GHz. It is available in white color variant.

Both the tablet is perfect substitute to Videocon VA81M Voice Calling tablet and comes with price tag of Rs. 4900. Tablet bears same configuration as in Mi-730 only the difference is in battery i.e. VA81M has been backed by 3000 mAh battery which is rated to deliver 96 hours of 3G calling support and 96 hours in standby mode and can be purchased from Flipkart.