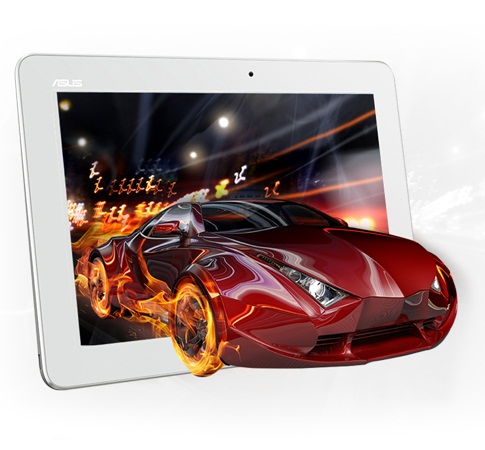 It is built-up with 10.1-inch WXGA LED- backlit IPS display supporting 10-points multi-touch with a resolution of 1280 * 800 pixels. It runs on Android Kitkat v4.4with Wi-Fi variants. This tablet does not support calling features.

It is powered with 1.5 GHz quad-core Qualcomm Snapdragon S4 pro processor. It has ROM of 1 GB and is available in three variants according to their in-built memory i.e. 8GB, 16 GB and 32 GB which can be expanded through microSD card upto 64 GB.

Asus has been providing webstorage space of 5 GB along with additional space of 11 GB for the first year with above Tablets.

It is enriched with sporting 2 MP of primary camera (5 MP on selected models) with 0.3 MP camera on front.

On the connectivity front it has inbuilt Wi-Fi, Bluetooth, GPS, Glonass & Miracast. With a battery of 19 Wh Li-Po with on support of 9.5 hrs. It is available in two color variants i.e. Black and White. Most recognized color and adoptable worldwide. It has inbuilt Dual speaker with Asus SonicMaster Technology for incredible sound. The user with Audio and Video usability can buy it.

The idea behind the upgradation is admirable but now a day’s tablets are coming with Voice calling facility. This will be a question mark behind its prelaunch.

If the tablet has been loaded with calling features, then it would set a standard among 10-inch tablets.

From future perspective Asus should kept in mind of their competitors offering in order to set benchmark.