We all remember the famous nursery rhyme “Johnny Johnny” from our kindergartens. But do you know the latest version of it??? Here it is,

Here is the tablet

If tablets are exceptionally beneficial to the youngsters and adults, and are equally advantageous to the elders, so they can be constructive and nifty for the kids as well. I bet, they are. Technology is evolving at superfast speed. So are our kids and their demands, and the demands of even swiftly evolving, globally connected world ruled by the ultimate God of virtual reality i.e. internet. So, even kids need to stand apart and they are.  Smart classes in schools, multi media as subject and facebook and twitter account in their Smartphone-can anybody say that their world is limited to color books, crayons, building blocks, hot wheels car and Cinderella and Snowwhite!!!

Today even a 5 year old boy or for that matter a girl, know about the latest Smartphone and their specs, the hottest car in the market and the mileage it gives and the recently launched PC and tablet games and configuration that supports it. Not because it’s a trend but it is the need of the hour. What to do???Nobody can afford to sit at the back and see the world speeding up at light’s speed. So do not be surprise when you see your tiny tots swiping and tapping your business slat.

Technology manufacturers responded in a smart way when they realized that the tablet market has grown to leaps and bound and kid zone has to be taken up seriously.  They quickly retorted to this unseen market segment.  I exactly know…what is popping out of your brains???…. What distinguishes kid’s tablets? I won’t brag about education and games and all that….. There is only one word for it i.e. fun. Ohh yes… whether it is games, movies or music, or language learning, e-books, abacus or memory tools… tablet makes everything fun. And that is the key point here. Most of these apps and tools are preloaded and can be enjoyed at your finger tips. So, the kid zone of tablet has everything for everyone- toddlers, younger kids and teens.

I know, I know the favorite of the favorite concern of every parent is what about the boundless territory of internet. No doubt, when it comes to internet and smart technology parents become little concern. After all, it will expose the kids to entirety of unknown. Do not worry. There are controls and filters and parental control software that can track your child’s complete activities and hence, can protect kids online and regulate their usage of the tablet.

So, keep your kid’s need, your budget and some of the following buying tips in your mind while buying a tablet for your kid:-

So get the full information before buying and give your child a safe and knowledgeable tablet experience.

After a new eruption among the tablet computers, lenevo has again shown its spine with the launch of its brand new product i.e Lenevo A3000. The gesture and the features  what it is possessing is beyond  expectation and thus has become the true temptation when it got the Indian super star Ranbir Kapoor to get itself endorsed. The android OS  4.2 powered by 1.2 GHz quard core is the real piece of attraction with dual sim port , 0.3 mp rear and 5.0 mp main camera. The screen size i.e 7 inch is well matched with the price tag and the features provided. The real pleasure by holding it would be a different experience so why don’t we go to the detailed features to get the hold of it soon:

John: Oh man! Tablet…!!! Congrats buddy. So, is it promotion or increment???

John: New, shiny, latest tablet. It must be expensive. So… promotion or increment?

Neal: Haven’t you ever heard anything called “BUDGET  TABLETS”!!!

Yes. Today, being techno savvy does not cost you your fortune. Not anymore. Today we have a whole lot of tablets that not only serve us with the latest up to date technology but also allow us to enjoy it without hurting our pockets.  Indian tablet market has witness a boom as a result of which the latest technology can be enjoyed by all kind of users, within all ranges of cost. Therefore, it equally attracts the business users as well as low cost customers. The concept of budget tablets has splendored the market for the user.  It has narrowed the gap between the rural and urban techno demands, the age and gender usage curve and business and entertainment based convention. 80% of the tablet market is dominated by budget tablets. As a result of which sales of tablet in India are expected to at least double this year to 6 million, the market’s third year of growth. 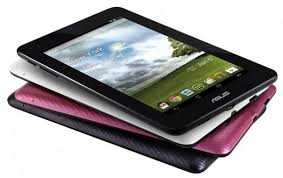 The most common issue that catches our attention is that at times it becomes uncomfortably warm to hold them. Or what we say that they become hot.  Usually this happens while playing HD games or continuous long running or the tablet is running in vain like trying to find GPS or Wi-Fi. To deal with this, do not get tablet laminated fully. Ensure proper cooling. Switch off when it is not in use. Avoid keeping it on sleep mode, if not necessary. To savor the budget tablet efficiently, effectively and to ensure longer life, one just needs to take care of it properly. So, just a little bit of tending and you will enjoy the amity of your slab let.

How long you can use your tablet is nearly as important as what it is you do while using it. A short battery life could mean the difference between your slim, sexy tablet with true mobility or carrying around various clunky power adapters, which isn’t nearly as sexy. So here comes the battery life in to limelight. Everybody wants 1080 pi of HD video streaming with full luminosity. And watch it till the very “the end”. Battery life is heavily reliant on the brightness of the tablet’s display and different sensors running. For example, wireless connection activity. The problem surface in, particularly, in case of the 7 inch tablets. So to ensure a long battery life, battery more than 3500AH is recommended. Turn off the tablet when not in use. Keep the sensors off so as to avoid unnecessary wastage of battery. Do not run unneeded apps in the back ground.

When there is ever growing pool of apps with the fountain of selection streaming out, only the fools won’t be tempted. It’s always a craving, one become greedy of apps. And why not? What good your slate can be of if cannot satisfy the “apps desire”!!! In case of budget tablet, if one runs too many apps it gets hang or other performance issues float up. Generally this happens when tab is supported with Wi-Fi or internet. So try to use one app or may be two at a time. And do make sure that unwanted apps are not drumming your slate.

4. Camera not so good

“Beauty lies in the eyes of beholder” and in case of tablets, it’s the cameras. Camera is one of the first things to dig for in case of budget tablets because you are not dish up with lot many options and also quality won’t be exceptionally fascinating. But you still be able to get your”wow” and “Aww” moments. Generally the available option is 2MP and one has to test out various options available as per one’s need.

Thinking about the touch, brings to my mind the old anecdote of King Midas who can turn anything he touches into gold. First it seemed to be a stroke of luck but later turned out to be curse. Still thinking… me too. Do not worry. All the budget tablets do not do this to you. Most of the budget tablets have good touch quality that gives quick response and are easy on fingers. Some are so good that they give you the chance to cherish effortless navigation. But the problem comes with the HD games or videos and large number of on running apps. At times, games like Angry birds or Fruit Ninja do not give the smooth touch experience. They simply lag. So it is advisable to explore and experiment the touch while you are in the shop.  So, don’t be shy. Go to the sales executive. After all, why are they there for? Jokes apart, but try different tabs with various applications of your need, if possible.

My hard earned money!!! Buying a tablet??? How long will it be utilizable? Life span of tablet is at times considered as an unsolvable mystery. But honestly, it is not. Most of the bud tab (as I like to call them )do not ditch before a year. If taken care properly, they can even last to one and a half or maybe more. So follow these steps and you won’t have your tablet using experience “budgeted”.

In its latest offering Micromax launched its Micromax Canvas P560 Tab under its very successful Canvas range  of  products. As the Micromax canvas smart phone has already been a huge success in Indian market as it was very affordable and has superb features the Micromax canvas P650 carry the same load of expectations.With this tab Micromax has once again proved that this brand will fulfill all the expectations about latest features and also it will be cost effective.

Talking about the features this tab boasts of a 8 inch IPS display and is fuelled by a 1.2 Ghz Quad core processor.This tablet runs on Android 4.2.1(Jelly Bean) which is also promised to be upgradable via OTA updates.This tab also has aluminum body frame which shows the kind of quality with which this product is made.This tablet also supports 3G and also has voice calling facility which makes it one of the most high end tablet in this category.It also has 1 Gb ram and 16 Gb of internal storage.It also has 4800 mAh battery which is very powerful and provide a very good backup. 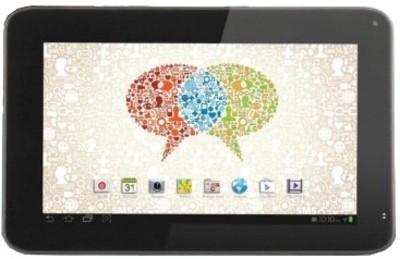 Market gets heated up when more spice is put into tablet market. And this time the new spice mi-725 is heating up the market. The super attractive and phenomenal tablet is worth to invest due to its awesome look and features. Hold it and taste it then you ‘ll say, “go for it”.  The 7 inch capacitive touch screen which runs Android 4.1(jelly bean) OS is powered by 1 GHz processor and is quite deserving to compete with other tablets in its range. The 3G and voice calling support via sim card slot is making it more elegant and spicy. 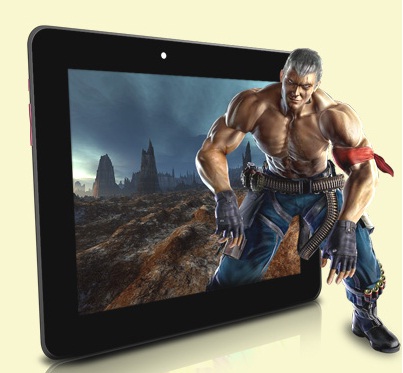 What we call as the superb configuration package in tablets can be seen and felt in iberry Auxus Corex4 which  was launched  in the earlier month of this year in India. Having said that the tablet genre is gonna be changed by this revolutionary tablet, the Auxus corex4 is a combo of style and quality. The 9.7 inch screen 3G calling facility based tablet comes with quad core Samsung Exynos processor. The pricing tag of 15,990 INR comes in the mid range which is making it approachable to human hands. The Android 4.0 ice cream sandwich OS with call making facility is just making it mind-blowing device to hold.

Here are the features of Auxus coreX4 to hold to get in touch with the new generation Tablets:

This is what we wanted to hold to boast. So tighten your belt to feel proud after paying for it. Its all gonna be yours not tomorrow but now.